The gold price is attempting a small rebound from seven-week lows of $1728, as investors seek a retest of the $1750 barrier once more. 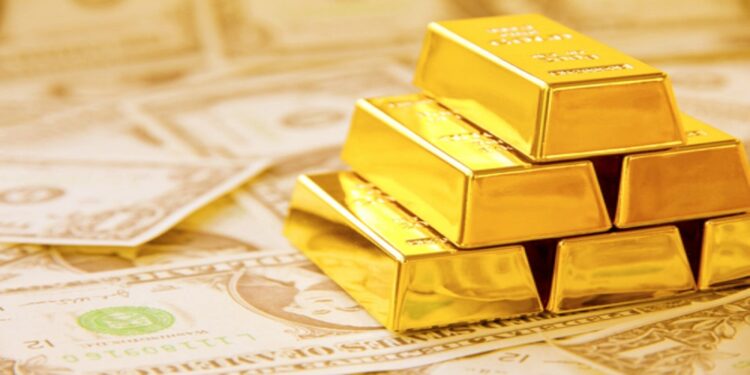 The gold price is attempting a small rebound from seven-week lows of $1728, as investors seek a retest of the $1750 barrier once more. The decline in US Treasury rates throughout the curve saves the gold price, as the negative tone in global markets boosts demand for government bonds. Investors were affected by the fighting over the US debt ceiling, China’s energy deficit, and the approaching Evergrande offshore payments.

Increased anticipation of a faster-than-expected Fed tapering, increasing inflation, and commodities prices pushed US stock returns to multi-month highs on Tuesday. The price of gold plummeted as stronger yields impacted on the non-yielding yellow metal.

Following an explosive day of risk-off that began the turn of the European session on Tuesday, when US rates rose, dragging the US dollar along with them and sending global equities significantly lower, gold is flat in Asia. From a high of $1,760.91, gold fell to a new daily low of $1,728.

The US currency is strengthening.

The dollar rose to its highest level in ten months as investors priced in the possibility of the Federal Reserve stopping asset purchases in November, with an interest rate rise expected to follow. In recent activity, the 10-year Treasury rates climbed to a three-month high, reaching a high of 1.5530 percent.

TD Securities analysts noted that, despite the prospect of inflation, gold has lost its lustre as global markets progressively price the Fed’s exit.

“While ‘talking about talking’ about tapering took the sting out of the quantitative easing signalling channel, the current rise in rates likely reflects the stock effect, which is hurting precious metals.”

“Looking ahead, the’stagflation’ narrative continues to hold sway in the market, as traders anticipate a time of high inflation and slower GDP, but this has yet to convert into increased demand in gold,” the analysts noted.

“Should the price fail to exceed $1,760 on a closing basis in the coming sessions, this may give rise to more supply and a downward extension,” said yesterday’s research and at the start of the week.

Based on the -272 percent Fibonacci retracements of the correction’s ranges, the corrections, labelled A and B on the chart below, revealed their goals. These cost $1,732 and $1,728 respectively:

See more here for a more in-depth look at the gold price:

Weekly Gold Chart: XAU/USD Bearish Bias Predicted Below $1,760
However, with 1,732 targets on the daily extension, we may expect some consolidation going forward.

KARACHI: As global crude oil prices climbed, the Pakistani rupee fell for the third day in a row versus the...

Karachi: The Interbank US dollar (USD) against Pakistani rupee (PKR) Closing exchange rate is Rs176.88  at 9:00 am PST on January...