Gold prices jump by Rs850 per tola in Pakistan

On Thursday, the price of gold in Pakistan increased by Rs850 per tola, 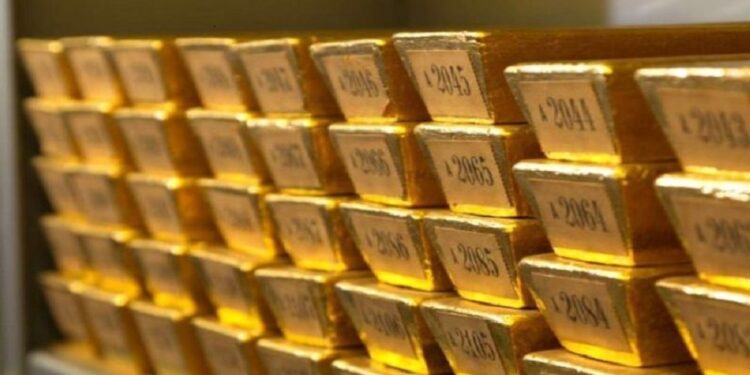 Gold prices jump by Rs850 per tola in Pakistan

KARACHI: On Thursday, the price of gold in Pakistan increased by Rs850 per tola, despite a fall in the worldwide market.

During the monthof November, the safe-haven asset earned Rs5,300 per tola or 4.5 percent.

Meanwhile, gold fell $9 per ounce to $1,777 on the international market, as remarks from US Federal Reserve Chairman Jerome Powell on the need to control inflation strengthened forecasts for quicker monetary policy tightening and countered Omicron-driven safe-haven inflows into metal.

Both domestic and foreign investors are now waiting for the November employment data from the United States, which will be released later on Friday.

It’s worth noting that gold prices in Pakistan are roughly Rs2,000 lower than those in Dubai.

Bitcoin Price Prediction: Bitcoin traders' nerves are being tested as one expert reissues a $400K

Brahma Mishra, star of 'Mirzapur,' died of heart arrest, and his co-stars are in mourning