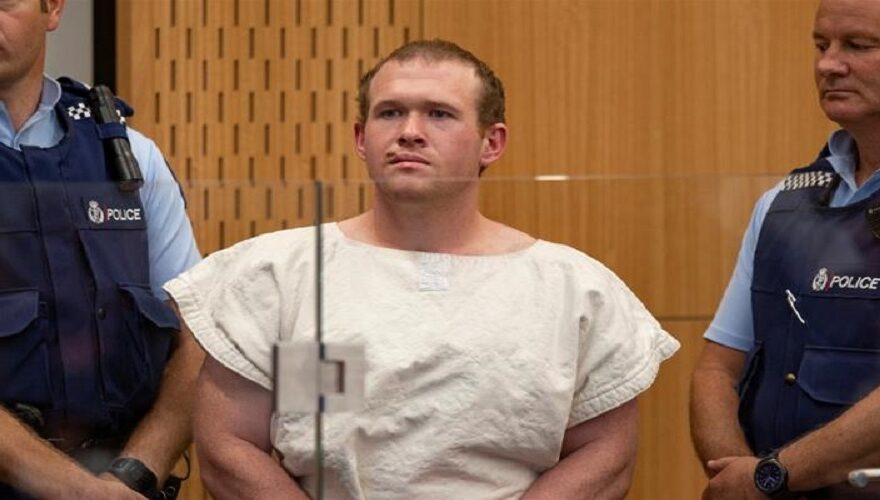 The unbearable massacre of 51 Muslims offering Friday prayers by a white extremist in New Zealand will serve life in jail without parole. The incident happened on March 15, 2019, by Australian national Brenton Tarrant, 29 years old who attempted to Livestream the shootings.

The court took a historic decision in terms of life imprisonment of the terrorist who is also attempted to murder 40 other people and had one charge of terrorism. The judged declared the act as ‘inhuman’ saying ‘he showed no mercy’ on the innocent people.

The decision of Tarrant’s imprisonment is also marked as the first terrorism conviction in the history of New Zealand. The brutal shooter attacked two Christchurch mosques Al Noor Mosque and Linwood Islamic Center targeting the Muslim worshippers. He used semi-automatic weapons and killed 51 and injured dozens of others.

The inhuman behavior of the shooter is unforgivable as he live-streamed the attack on Facebook for 17 minutes before it was removed. He also left a hate-filled post before the attack.

The attack in New Zealand was a shock to the country where the crime rate is low and mass killing is rare.  Prime Minister Jacinda Ardern stood with the families of brutally murdered Muslims and showed sympathy. She banned the buying of semi-automatic weapons and implementing a buy-back program for gun-owners.

On the day of judgment of Brenton Tarrant, a crowd gathered outside the court in support of attacked victims and their families. Judge Cameron Mander said, “Your crimes are so wicked that even if you are detained until you die, it will not exhaust the requirements of punishment.” He further said on imposing a sentence of life without parole “If not here, then when?”

The judge said sentencing life without parole is deserved for the very worst murders as the death penalty is not part of New Zealand’s justice system.  Prime Minister said it is the last time we see, listen, or think about the terrorist.

Justice Mander spent almost an hour reminding the terrorist about each and every killing and injured people. He added that the gunmen doesn’t appear guilty or ashamed and didn’t react to the sentence or oppose the decision. He refused to even speak on the day of sentencing and appeared emotionless in front of the victim’s families and the judge.

The family members were given the chance to confront the shooter and they presented their grief and feelings. Australian Prime Minister Scott Morrison also declared him as an “extremist, right-wing terrorist”.