The rupee's depreciation continued on Friday 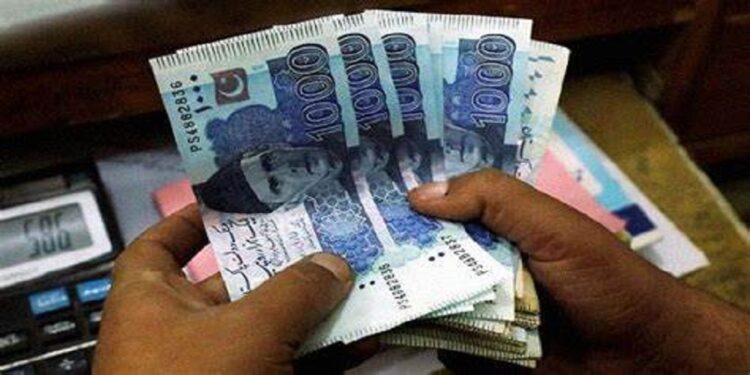 KARACHI: The rupee’s depreciation continued on Friday, with the dollar hitting a new high of Rs177.71 in the interbank foreign currency market, according to traders.

In the interbank foreign exchange market, the rupee lost 10 paisas to close at Rs177.71 versus the dollar, down from the previous day’s closing of Rs177.61, the previous record low of the local currency.

The demand for the dollar, according to the traders, remained strong for import payments. Improved foreign exchange reserves, they said, had also failed to strengthen the local currency.

The country’s foreign currency reserves increased to $25.15 billion in the week ending December 3, 2021, from $22.499 billion the previous week, according to the State Bank of Pakistan (SBP).

The Saudi Fund for Development (SFD) made a deposit with the SBP a week ago, which contributed to the increase in foreign reserves.

Higher commodity prices on international markets and growing local demand, according to dealers, are driving increased demand for dollars for import payments.

The enormous trade gap was compounded by the soaring import cost. The trade imbalance grew 112% to $20.59 billion in the first five months of this fiscal year, compared to $9.72 billion the previous year.