Rupee falls to a record low of 176.20 against the US dollar

The Pakistani rupee finished at Rs176.20 versus the US dollar Monday 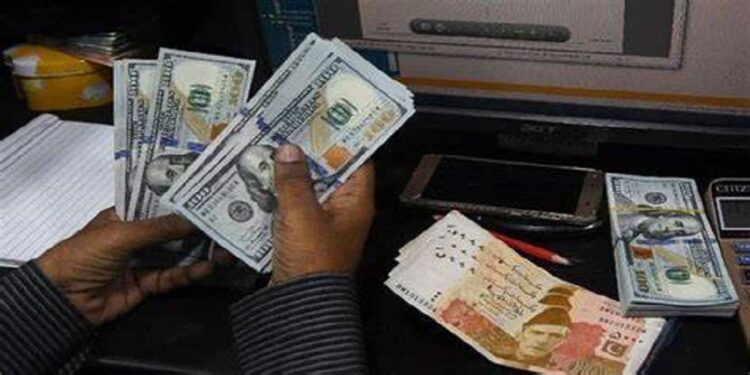 Rupee falls to a record low of 176.20 against the US dollar

KARACHI: The Pakistani currency fell to an all-time low of Rs176.22 versus the US dollar in the interbank market on Monday, owing to high demand for the greenback, as the country’s already frail currency was put under pressure by a growing current account deficit.

The Pakistani rupee finished at Rs176.20 versus the US dollar Monday, according to the State Bank of Pakistan (SBP), after trading at Rs175.44 on Friday.

On November 12, the local currency hit a rcord low of Rs175.73 versus the US dollar.

The rupee has depreciated by 11.84 percent (or Rs18.66) from the start of the current fiscal year on July 1, 2021, according to statistics issued by the central bank.

the currency market remained unpredictable because “funds have not materialized.”

“The monies from the International Monetary Fund (IMF) are due to arrive in January,” he added, adding that $3 billion in cash had yet to arrive.

The current account deficit for November is likely to be approximately $1.5 billion, with imports “staying at record high levels,” according to the analyst.

According to Abbas, the rupee is projected to trade in a band of Rs175-176 versus the US dollar this week.

Dogecoin Price Prediction: DOGE To Continue to stay In the Woods

SBP and a Saudi fund for Development execute a deposit arrangement