by Bushra -
in Coronavirus, Latest, Pakistan
0 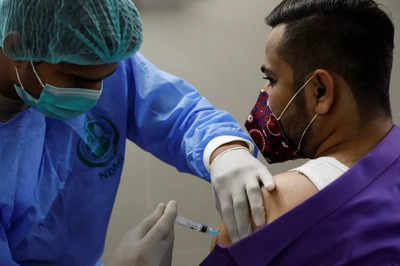 The overnight increase in cases comes in Pakistan as officials in recent weeks sounded the alarm over a fourth wave fuelled as “Delta variant”, first detected in India.

The concerns were later reflected by Umar, who said that there were clear signs of a fourth Covid-19 wave starting in Pakistan.

In addition, more than 40 cases of the “Delta variant” have been reported in Karachi during the current month while the positivity rate in the metropolis has also soared. On Wednesday, the Sindh government reimposed coronavirus restrictions in the province, closing down schools and indoor dining, as Karachi’s positivity rate was recorded as 17.11pc.

Patients in critical care have started increasing as well, he tweeted, pointing out that the Delta variant has caused devastation in the region.

“Please follow SOPs and get vaccinated as soon as possible. Do not risk your own and others’ lives,” Umar requested.

According to the National Command and Operation Centre, in the last 24 hours, 47 people died from the deadly virus, while 2,545 new cases were reported. The positivity rate in Pakistan has increased to 5.2%.On Wednesday, 580,000 doses of the vaccine were administered.

To control the spread of fourth wave of the covid-19” The Delta variant” , it is necessary to bring compliance with coronavirus SOPs issued by the government, Special Assistant to the PM on Health Faisal Sultan pointed out. He appealed to the nation to wear masks in public spaces and avoid crowds and gatherings.

On Wednesday, Azad Jammu and Kashmir placed a ban on tourists for 10 days after new cases emerged in the region. Sindh has, on the other hand, closed schools, cinemas, indoor dining, and indoor gyms indefinitely.

The NCOC has announced that it will be mandatory for tourism and this requirement will be “strictly enforced” during the upcoming Eidul Azha holidays.

Flights from Pakistan to UAE Extended till August 7