In this respect, the Punjab School Education Department (SED) issued a statement stating that all public and private schools in the province would be closed from December 24 to December 31, 2022. 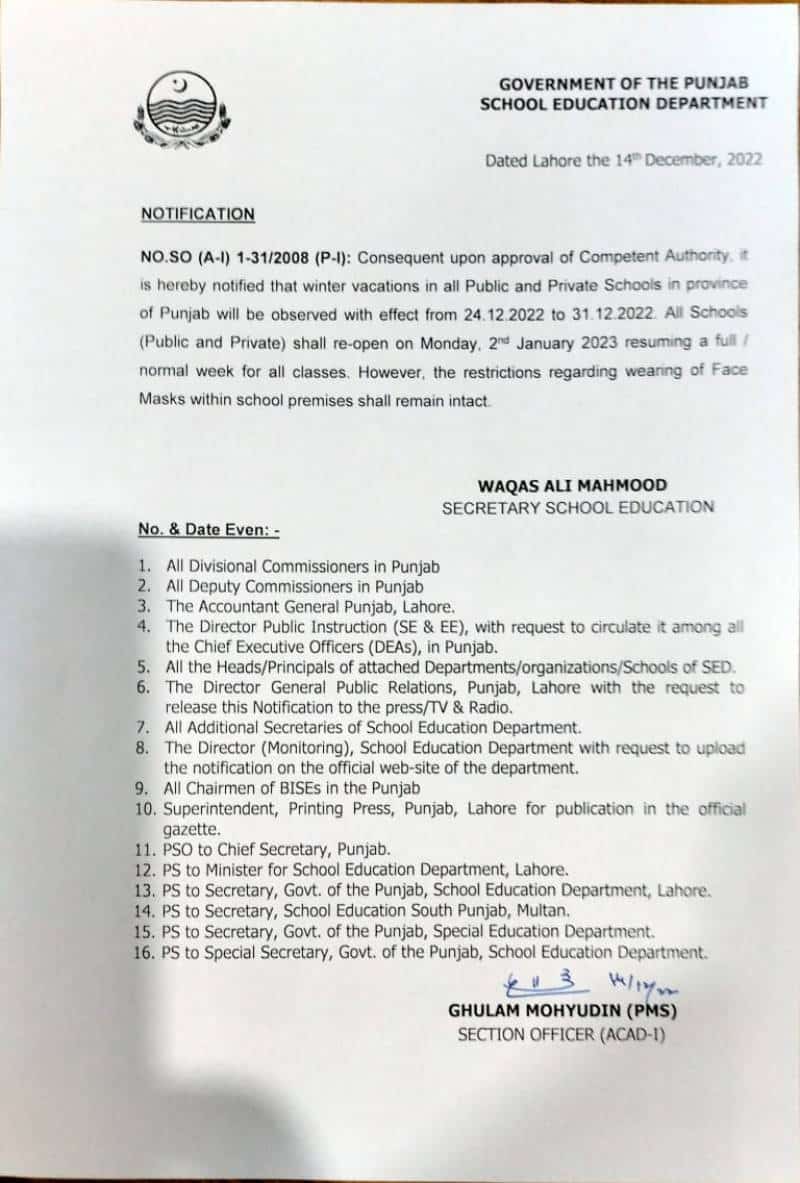 Schools will return on January 2, 2023, according to the official notification (Monday). The SED has issued a notice regarding winter Vacations.

AIOU Announces a Large Number of Scholarships for Students

AIOU Announces a Large Number of Scholarships for Students