Johnny Depp vs Amber Heard: Elon Musk was aware of the verdict?

The shocking trial, which revealed the good, bad, and even some filthy details about the ex-couple, concluded in Depp's favor. 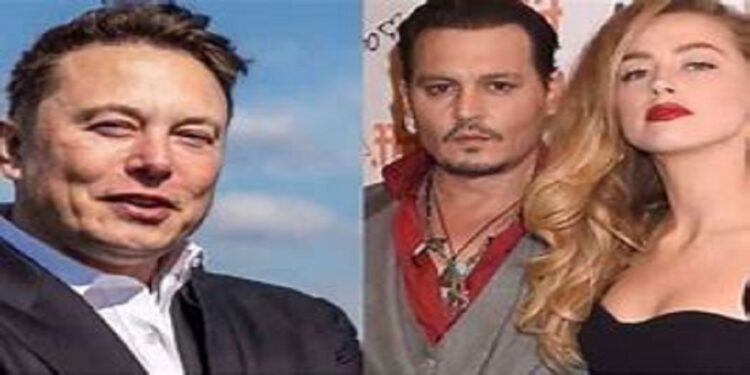 Johnny Depp vs Amber Heard: Elon Musk was aware of the verdict?

Elon Musk, the billionaire businessman, is said to have known the truth about Johnny Depp and Amber Heard’s connection and chose to keep aside from the defamation trial.

The Tesla and SpaceX CEO, who was first considered to be a witness in Amber Heard’s trial, seemed to know that Depp would win the case because he believed the actor’s case was strong.

He was hesitant to get involved in the court struggle between the two celebrities and instead took a measured approach to the ex-couple, saying, “I hope they both go on.” They’re all fantastic when they’re at their finest,” he hoped.

The shocking trial, which revealed the good, bad, and even some filthy details about the ex-couple, concluded in Depp’s favor.

Between 2016 and 2018, Heard and Musk apparently dated on and off, and the SpaceX CEO was included on her witness list for the trial.

During opening comments, Heard’s lawyer said that Depp was “obsessed” with Musk.

Christian Carino, the former spouses’ representative, said at the trial that Heard was seeing Musk at the same time she was seeking to reunite with her husband.