Johnny Depp vs Amber Heard trial: The possible outcomes of the defamation case

The multi-million dollar defamation trial of Johnny Depp and Amber Heard is nearing its end, with the jury deliberating in Fairfax 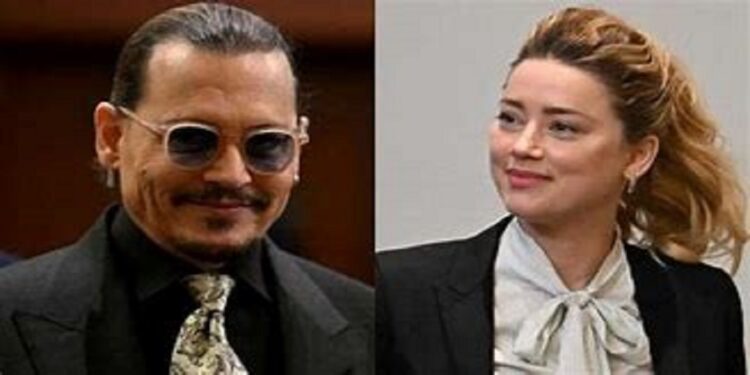 Johnny Depp vs Amber Heard trial: The possible outcomes of the defamation case

The multi-million dollar defamation trial of Johnny Depp and Amber Heard is nearing its end, with the jury deliberating in Fairfax, Virginia, after six weeks of depositions and confessions of intimate information.

The jury will debate and make a decision on whether Heard did, on the balance of probabilities, slander ex-spouse Depp in the Post piece at the core of the dispute before revealing the judgment.

Looking at the probable outcomes of the defamation trial, if the jury finds in Depp’s favor, Heard will be forced to pay him the $50 million he is asking in lost earnings compensation.

Furthermore, if the jury finds in favor of the Aquaman actress, Depp will get nothing and may be forced to pay his ex-wife the $100 million she requested in her countersuit.

Again, the jury might come to the conclusion that the amount is too high or too low, and propose a change.

Meanwhile, since this is a civil matter rather than a criminal one, a favorable decision for Depp will not result in Heard being sentenced to jail for perjury.

Given that this is a civil matter, another conceivable conclusion is that the two sides strike an out-of-court settlement as they did when they divorced, but given the obviously antagonistic character of Depp and Heard’s current relationship, that seems improbable in the extreme at this late juncture.

Depp, 58, has sued Heard, 35, for $50 million for an opinion article she penned for The Washington Post in December 2018 about domestic violence and “the full weight of our culture’s fury for women who speak out.”

Despite the fact that she did not identify her ex-husband in the story, Depp’s legal team claims that readers were likely to believe he was the perpetrator of the violence, and that the piece cost their client lucrative film jobs as a consequence of its publication.