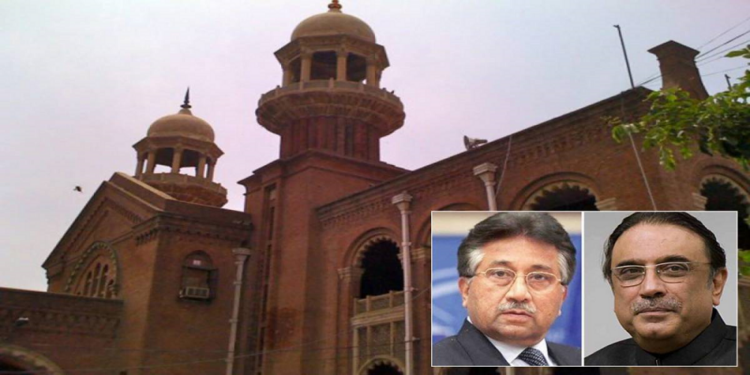 After an earlier bench was disbanded because a judge excused himself from hearing the case owing to personal reasons, Chief Justice Muhammad Ameer Bhatti recreated the bench.

Justice Shujaat Ali Khan and Justice Ayisha A. Malik made up the three-member bench led by Chief Justice Bhatti.
Justice Malik Shahzad Ahmad had already excused himself from hearing the case, resulting in the bench’s dissolution.

The whole bench must consider petitions filed ten years ago against two former heads of state and one former head of government.

Former president Pervez Musharraf declared a state of emergency in November 2007, while another former head of state, Asif Ali Zardari, held the presidency and the party office at the same time, according to Rana Ilmuddin Ghazi Advocate.