Its attempted many times to reach Sindh Education Minister Syed Sardar Ali Shah but was unsuccessful. 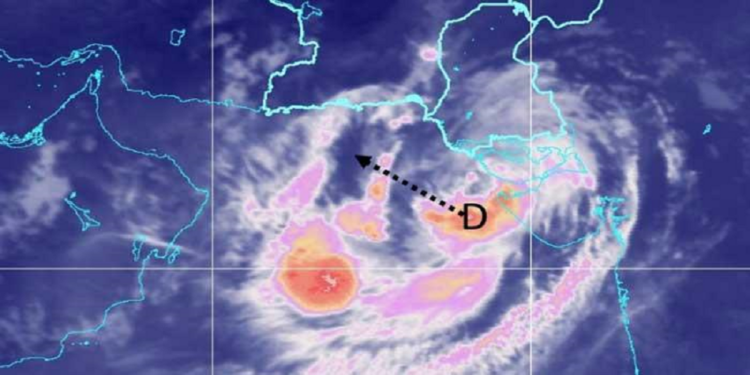 The Sindh administration has finally reacted to whether or not schools would be closed tomorrow, with a tropical cyclone over 300 kilometres from the city’s coastal belt and the metropolis bracing for severe rains and thunderstorms.

Murtaza Wahab, the Karachi Administrator and spokesperson for the Sindh government, told Geo.tv that the government has “so far [made] no decision to close them [schools]. Its attempted many times to reach Sindh Education Minister Syed Sardar Ali Shah but was unsuccessful.

Authorities will be on ‘high alert’ as the storm approaches Sindh’s coastline.

On Thursday, the Pakistan Meteorological Department (PMD) issued a warning regarding the formation of a tropical storm in the Arabian Sea’s northeast region.

According to the PMD, the cyclone would bring heavy rainfall and squally gusts to the Sindh-Makran coast.

The tropical cyclone is almost 300 kilometres distant from Karachi, according to the PMD.

After migrating across the northeast Arabian Sea, the well-marked low-pressure system over south Gujarat, India has strengthened into a “depression and currently sits about latitude 22.5°N and longitude 69.4°E, at a distance of roughly 340 km east-southeast of Karachi,” it added.

“The system is anticipated to strengthen further into a cyclonic storm during the next 24 hours and travel northwestwards,” the warning stated.

“Widespread rain-wind-thunderstorms with scattered heavy and very heavy rainfall, extremely severe at times, accompanied by squally gusts” are expected in Sindh under the influence of this meteorological system.

Until October 3rd, the Met Office predicted that sea conditions will continue severe and very rough, with considerable surge at times (Sunday).

The notice stated, “Fishermen are warned not to venture into the sea from Thursday (September 30) until Sunday (October 3).”

It cautioned that “windstorms may cause damage to susceptible structures.”

All involved authorities have been advised to stay on “high alert” during the projected timeframe due to the meteorological conditions.

The PMD Tropical Cyclone Warning Centre in Karachi, according to the Met Office, is carefully watching the system.