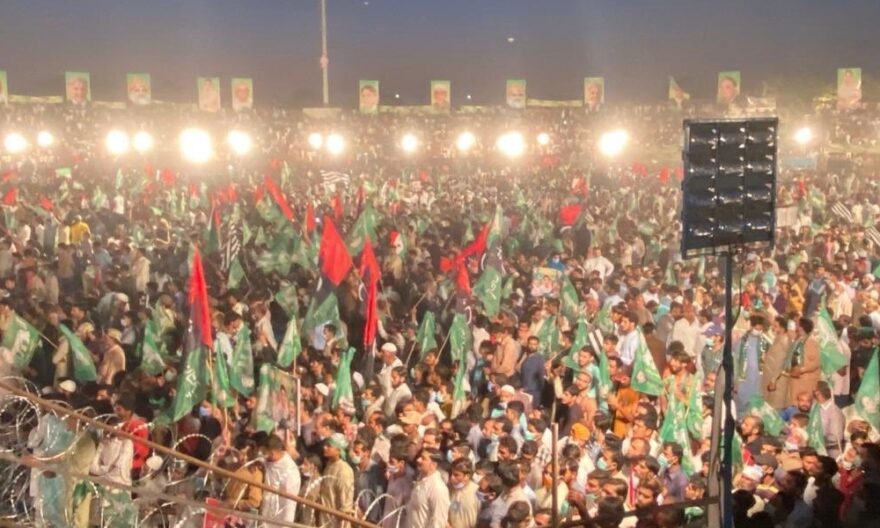 Gujranwala: The Pakistan Democratic Movement (PDM) arranged a Jalsa in Gujranwala on Friday. The PDM Jalsa was organized to warn and criticize Prime Minister Imran Khan, that his government’s days were numbered. The Jalsa on Friday took place at a packed venue in the Gujranwala city.

Addressing the crowd at the PDM Jalsa location, Maryam Nawaz said that she fought for the businesses that were destroyed during the existing government’s period. She stood for the censored journalists to give them their rights back. “People [journalists] who stood with the truth were fired from their jobs,” said Maryam Nawaz. She said no one has right to expel the elected prime minister of the country. She said it is the right of the people to elect and expel their representative.

Highlighting the court judgement on Panama Case, the PML-N vice president said that those who described Sharif family as a “Sicilian Mafia” now know the actual meaning of the term.

“All they could find from Nawaz Sharif’s corruption was the Iqamah,” she said.

“Today you have suppressed the media which is why no one talks about your corruption,” Maryam Nawaz referred to PM Imran Khan.

Selectors and selected should be on one page now.

After Maryam Nawaz, PPP chairman Bilawal Bhutto Zardari took the stage to bash PM Imran Khan and his government. He blamed that the cricketer-turned-politician did not solved any problems of the poor.

The PPP chairman asked PM Imran Khan that he had promised, before his victory in the elections, that he will provide 5 million shelter homes to the poor. Bilawal said that he has not provided a single home to any person in the past two years. He has not fulfilled any of his promise in these two years of his government.

“He broke all his promises to end corruption,” said Bilawal.

Bilawal lashed out PTI government on how they sent Zardari, Faryal Talpur and Maryam Nawaz to jail on mere allegations of corruption. “But no one questions at the corruption of Imran and Aleema baji,” he said.

JUI-F chief Maulana Fazlur Rehman, who is also the president of PDM also address the Jalsa. He took the stage last, and strictly criticized and warned the government that the time is up.

“Fake rulers will see their fate soon,” he said. “The democracy will come in action soon. If you remain together and strong, this government will end by December,” added the JUI-F chief.

The PDM president declared that the movement against government had begun and now you will see, a “sea of people” arising in Karachi, Multan, Lahore and Peshawar.

Today, 15 members of the Opposition scared off the fake prime minister and he walked off from the parliament,” said Fazlur Rehman. The PDM President said that now all political parties have joined hands and they are together on one platform. He said “We want to hand over Pakistan’s Politics back to its people”. Voting is the right of people and we will ensure them to exercise their rights.

Fazlur Rehman said “Our movement has started and it will not stop now.” “Our movement will only end when the supremacy of the Constitution will establish.” 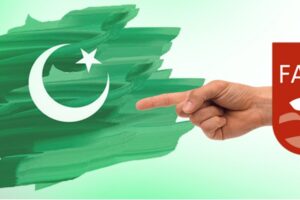 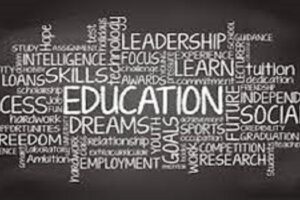 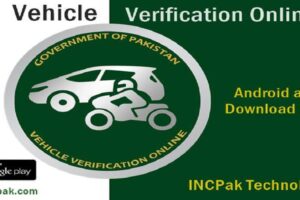