As local dramas showing monotonous stories, many viewers are finding their comfort in Netflix which provides a bigger variety of shows and films to watch. However, the Minister of Science and Technology in Pakistan, Fawad Chaudhry, announced that Pakistan has now found its ray of hope in like of their local version of Netflix which is about to be launched.

Fawad Chaudhry made an announcement regarding Pakistan’s first OTT (over the top) TV on his Twitter account by saying:

“We at the Ministry of Science and Technology are all set to launch Pakistan’s first OTT television (Pak version of Netflix). Technology part is complete, and have asked PEMRA to prepare a guideline on content”.

Further, he wrote, “We will be all set to launch in PPP (Public-Private Partnership) mode, it will be just another humble contribution.”

Previously, PEMRA has issued guidelines for local dramas and advertisements. Individuals like Osman Khalid Butt, the famous lead character of Ehd-e-Wafaa, however, seems to show some reservations on the idea due to the previous restrictions placed by PEMRA on local content.

“Can someone – literally anyone else prepare this content guideline. Let’s not forget PEMRA issued a show-cause notice to Udaari over ‘immoral content’ because it was highlighting child abuse,” shared by Usman Khalid Butt.

However, many other Pakistani artists support this idea along with the politician, and are hopeful about this new medium.

The need for a local OTT platform has been emphasized upon by many Pakistani artists, especially after five Pakistani original series were picked up by an Indian streaming giant. Earlier, director Asim Abbasi, whose web series Churails garnered rave reviews on ZEE5, shared his thoughts on the same.

Moreover, he’s been asked why he thinks Pakistan should opt for this? The film-maker replied, “Streaming platforms give power back to content creators. Their USP of diversification allows new voices to come on the front screen. It’s a huge stepping stone in the right direction and I expect a lot of visionary, experimental film-makers from Pakistan will turn to the web in the coming years. 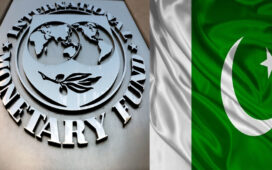