IMF: Pakistan’s economy is at a decision point once again 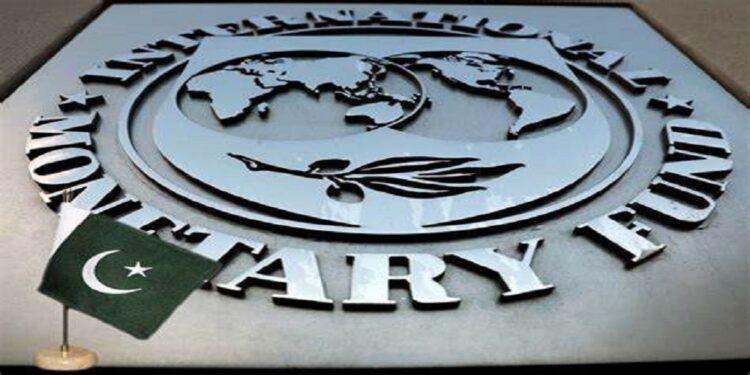 IMF: Pakistan's economy is at a decision point once again

ISLAMABAD: The International Monetary Fund (IMF) has said that the PTI-led government’s expansionary policies and reversal of a number of previously started measures to stimulate development have resulted in external imbalances, emphasizing the need for policy continuity.

The IMF cautioned that Pakistan’s economy is once again at a crossroads since the nation has a lengthy history of stop-and-go economic policies and insufficient structural reform execution, according to The News.

There are five instances of policy reversals in action.

The IMF cited five instances in which Pakistani officials reversed their plans. Tax cuts, including

(a) a zero-rate duty on gasoline (PDL), which has been gradually decreasing from Rs 30 per liter to nothing since December 2020; and

(b) a reduction in the GST on petrol and diesel from 17 percent to 16.4 percent.

Both steps were designed to counteract increasing international gasoline costs, however, they came with a huge revenue effect of about 1% of GDP and went against the EFF program’s goal not to cut the PDL. In addition, the reintroduction of zero-rated GST for specific domestic businesses was eliminated when the EFF program was approved. This was due to the budget’s exclusion of PIT and GST tax policy adjustments, which had been a fundamental pledge in the EFF’s second–fifth reviews. Also, new favorable tax arrangements for the technology sector, automobile, and other export-oriented companies, as well as some food goods, violated the associated ongoing Structural Benchmark. Last but not least, the failure to include in the budget all guarantees scheduled to be provided in FY 2022, notwithstanding a pledge made as part of efforts to remedy a recent misreporting.

The budget, which was approved in June, was on course to produce an adjusted primary deficit of 2% of GDP, indicating a fiscal easing of 1.4 percent of GDP over the FY 2021 outcome. On the spending side, it provided for significant increases in public pay and allowances, a doubling of subsidies, and a more than 50% increase in investment. On the revenue side, it anticipated excessively high tax revenue growth (due to considerable improvements in tax administration and robust domestic demand, particularly imports) and large non-tax revenue collections, posing major budgetary concerns. Furthermore, the budget postponed critical changes and overturned certain major programs, putting revenue expectations in jeopardy.

In its staff assessment on Pakistan, the IMF said that the Fund provided advice on many areas of the economy, but that execution was typically poor. The Fund’s recommendations are intended to reduce fiscal deficits and restore public debt sustainability, restructure the energy sector, increase exchange rate flexibility, improve SOE governance, and generate higher and more sustainable growth. In general, previous Article IV suggestions have been poorly implemented.

After the country was on the verge of a serious currency and fiscal crisis, the EFF program, which was adopted in July 2019, helped to stabilize the economy by rebalancing the macroeconomic policy mix and preventing a disorderly adjustment. According to the IMF, the achievements made during the first nine months of the program increased buffers and helped Pakistan to withstand the extraordinary Covid-19 shock.

Pakistan, on the other hand, has a lengthy history of erratic economic policy and sluggish structural reform implementation. This has led to increased vulnerabilities as well as low investment and growth, which have a negative impact on the people, as seen by high poverty rates, poor development indicators, and slow progress toward the UN’s Sustainable Development Goals (SDGs).

“Despite significant efforts earlier in the year to bring the program back on track (which led to the completion of the combined second–fifth EFF reviews in March 2021), the authorities’ efforts shifted toward expansionary macroeconomic policies and reversed some earlier reforms in an attempt to spur growth,” the IMF report stated, adding that external imbalances increased rapidly in the early months due to buoyant domestic demand and the terms of trade shock.

Where is Meghan Markle?