Pakistan stock exchange: Due to a lack of activity, PSX is expected to close flat

The KSE-100 index began to rise, but quickly fell into the red zone and began to lose territory by midday. 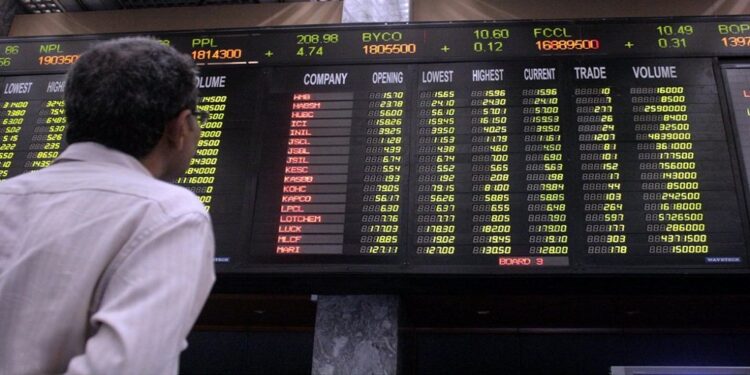 Pakistan stock exchange started the week on a positive note

KARACHI: The Pakistan Stock Exchange (PSX) had a lackluster trading day on Thursday, with the index trading in a tight range and almost finishing flat as late selling wiped out early gains.

The KSE-100 index began to rise, but quickly fell into the red zone and began to lose territory by midday. The range-bound session was rather quiet, owing to inflationary fears and the upcoming monetary policy statement on Tuesday (March 8).

As benchmark Brent crude oil prices reached $120 a barrel in the international market, with Russian oil supplies hampered as traders tried to avoid being involved in sanctions, interest in the exploration and production industry grew.

On March 4, the IMF team will begin virtual negotiations with Pakistani officials, which will last two weeks in order to complete the seventh review under the $6 billion Extended Fund Facility (EFF) program.

Traders are also keeping a tight eye on the conclusion of the Financial Action Task Force (FATF) plenary conference in Paris, which runs from February 21 to March 4, for clues on the rupee’s future path.

The FATF will determine whether Pakistan should be removed off the grey list in the near future.

Overall trading volumes fell to 188.66 million shares, down from 235.03 million on Wednesday. During the day, Rs7.36 billion worth of shares was exchanged.