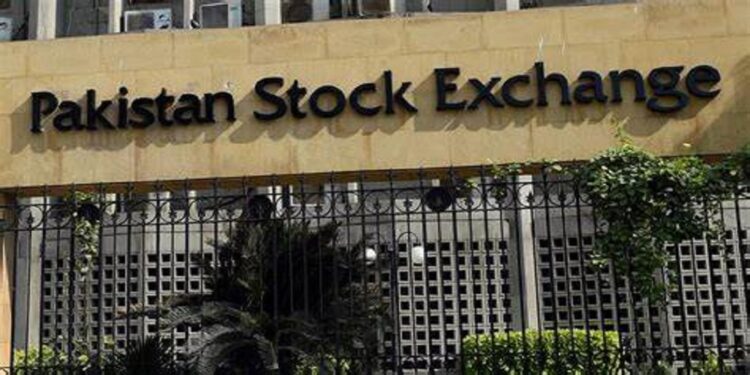 KARACHI: Pakistan’s stock market fell on Thursday as the market ignored the central bank’s forward guidance and the less-than-expected rate rise after the T-Bills objective was missed and yields remained unchanged, according to dealers.

At an auction conducted on Wednesday evening, the State Bank of Pakistan (SBP) generated Rs1,285 billion against a goal of Rs1,400 billion. The three-month, six-month, and 12-month cutoff yields remained constant at 10.79%, 11.51%, and 11.51 percent, respectively.

Only 86 of the 345 scrips that were active increased, 248 dropped, and 11 stayed steady. The ready market volume was 312.07 million shares, compared to the previous trading session’s turnover of 398.09 million shares.

Following the T-Bills auction, where rates stayed unchanged, contrary to investors’ expectations, the market began on a negative note, with profit-taking continuing, according to a Topline Securities analyst.

Stocks finished down in an overbought market on worries over the SBP’s policy tightening and foreign outflows, according to Ahsan Mehanti of Arif Habib Corporation.

“Likely announcements of a mini-budget for the restart of the IMF [International Monetary Fund] programme, as well as news from the UK court, which imposed a Rs19.4 billion punishment on Sui Northern Gas Pipelines Limited (SNGPL), catalysed the negative close.”

With a turnover of 49.18 million shares, WorldCall Telecom had the largest volume. Telecard Limited, which had a transaction of 30.92 million shares, came in second with a gain of one paisa to settle at Rs2.21/share. It closed at Rs15.75 per share, up 97 paisas. With 18.96 million shares traded, Byco Petroleum stayed third. It fell 31 paisas to Rs6.44 per share.

PSL 7 Tickets: How to get Pakistan Super League 7 ,2021 tickets online?