When it comes to style, the new Honda Civic is more conservative than its predecessor, which is a good thing 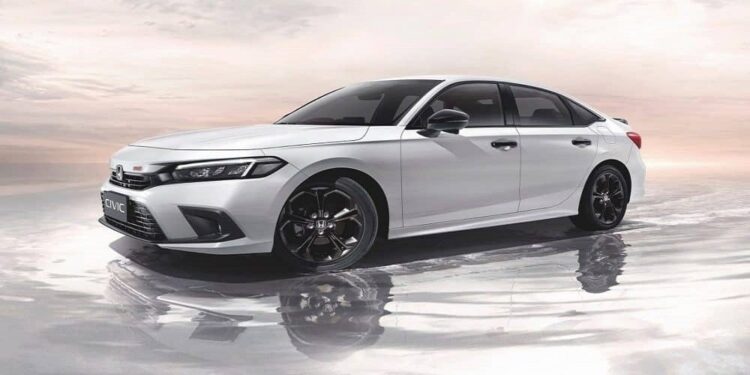 The new Civic was also unveiled in a digital launch, presented by Aamir H. Shirazi, President of Atlas Group, Hironobu Yoshimura, CEO of HACL, and Aamir Nazir, General Manager Sales and Marketing at HACL, who informed the audience about the vehicle’s numerous features.

Unlike the 6th generation Honda City, which was released last year, the 11th-generation Civic is the most recent model on the market, and it outperforms its rivals, such as the Toyota Corolla and Hyundai, in terms of performance and amenities. Even if it comes at a hefty price.

Let’s take a closer look at the car and see what we can learn:

When it comes to style, the new Honda Civic is more conservative than its predecessor, which is a good thing.

With a large bumper grille in the middle and a streamlined primary grille between the headlights, the front end appears dignified but intimidating.

The bright Daytime Running Lights (DRLs) on the newly styled headlights contribute to the intimidating appearance. The overall refinement is enhanced by the lengthened and straightened-out bonnet design.