Apple Event March 2022: What We Can Expect From Apple’s Event Tomorrow 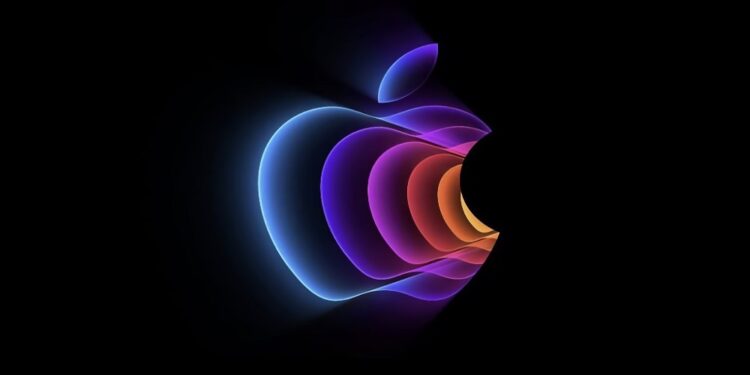 Apple’s first event of 2022 will take place on Tuesday, March 8 at 10:00 a.m. Pacific Time. Although Apple’s spring events aren’t always as thrilling as those in September and October, it’s comforting to know that new devices are on the way in the new year.

We’re anticipating a new iPhone SE, a new iPad Air, a probable Apple-branded display, and at least one new Apple silicon Mac during the 2022 spring presentation, which might be a full new Mac mini/Mac Pro hybrid named the Mac Studio. Below, we’ve compiled a list of everything we could see during the March 8 event, including last-minute speculations.

The design of the 2022 iPhone SE is believed to be identical to that of the 2020 iPhone SE. Apple’s current iPhone SE has substantial top and bottom bezels, a Touch ID Home button, and a 4.7-inch LCD display, which is modeled after the iPhone 8.

The design of the 2022 iPhone SE is believed to be identical to that of the 2020 iPhone SE. Apple’s current iPhone SE has substantial top and bottom bezels, a Touch ID Home button, and a 4.7-inch LCD display, which is modeled after the iPhone 8.

The iPhone SE is and will remain Apple’s only iPhone with Touch ID rather than Face ID, and it will be the only iPhone produced in 2022 with an older LCD panel since Apple’s flagship range has migrated to OLED.

Wireless charging will be supported, but we don’t expect MagSafe, and battery life is unlikely to be affected. The current iPhone SE comes in black, white, and red, and we may expect similar colour possibilities in the future.

The iPhone SE’s improvements are completely internal since there are no design changes on the horizon. We predict a speedier chip, and the iPhone SE might have the same A15 chip as the iPhone 13, which would result in a significant performance boost. Apple is expected to offer 64, 128, and 256GB storage choices, starting at 64GB.

The iPhone SE will also have 5G connectivity, which would bring it on par with the premium iPhones in terms of connection speed. Apple’s iPhone SE will be the cheapest 5G iPhone, with a price of $399 anticipated.

The only other rumour we’ve heard regarding the iPhone SE is that it could feature an improved camera, similar to the iPhone 13’s Wide camera.

A new iPad Air is in the works, but unlike the iPhone SE, no design changes are planned. The next-generation iPad Air will appear similar to the present iPad Air, however there’s a chance that additional colour options could be available. The iPad Air is now available in space grey, silver, rose gold, green, and blue. Purple has been mentioned as a possible new colour option for the iPad Air.

According to rumours, much of the iPad Air upgrade would focus on bringing the gadget up to speed with the sixth-generation iPad mini, which was introduced last autumn. This means the iPad Air might get an updated A15 CPU, which Apple added to the iPad mini after debuting it in the iPhone 13 models. However, there is a speculation that Apple will add the M1 processor from the iPad Pro to the iPad Air, bringing performance up to line with Apple’s higher-end tablets.

Apple will add 5G connection to cellular iPad Air models, allowing the tablets to function with speedier 5G networks. Because the processor in the iPad mini is limited to sub-6GHz 5G networks rather than the fastest mmWave 5G networks, it’s probable that the iPad Air will have the same restriction.

Sub-6GHz 5G is the more generally available variant of 5G, with coverage in cities, suburbs, and rural regions across the United States and other nations, whereas mmWave 5G has a smaller coverage area and range.

Because AT&T and Verizon have extended their 5G networks with C-band spectrum, increasing the availability of mmWave networks in the United States, it’s probable that Apple may consider this when upgrading the iPad Air.

The iPad Air likely have primarily internal modifications, although it may have the same upgraded 12-megapixel Ultra Wide front camera that works with Center Stage, which was initially featured in the iPad Pro and iPad mini 6.

When you’re on a FaceTime video conversation, Center Stage is a FaceTime feature that keeps you in focus and ideally framed. The iPad’s CPU works to keep you front and centre even as you walk around, thanks to the wide-angle front-facing camera that displays more of the space you’re in. If there are more than one people on the call, the camera will zoom out to make sure everyone is seen.

The single-lens arrangement for the back camera is believed to remain, however a quad-LED True Tone flash might be included. Other than that, it will continue to use a USB-C connector, and we don’t expect any significant changes to the battery life.

The iPad Air’s pricing is expected to remain the same, meaning the next model might start at $599 for 64GB of storage.

Luke Miani, a Mac Studio YouTuber, revealed renderings of a new Mac said to be dubbed the ” Mac Studio “, which he claims will be unveiled at the spring event. According to Bloomberg’s Mark Gurman, a “Mac Studio” machine, which is a “smaller Mac Pro / more powerful Mac mini,” is “ready to go” and might debut at the spring event.

The ” Mac Studio,” according to Miani, will be about four inches tall (the Mac mini is 1.4 inches tall), with a new thermal design for heat dispersion and additional USB-C connectors. Apple is said to be working on a smaller version of the Mac Pro as well as a high-end version of the Mac mini, and those speculations might possibly be connected to the upcoming Mac Studio. Apple’s M1 Pro and M1 Max CPUs will be included in the upgraded Mac, as well as a chip that is even more powerful than the M1 Max.

The M1 Pro and M1 Max processors include a 10-core CPU with eight high-power cores and two high-efficiency cores, however the 14-inch MacBook Pro has an 8-core version. In terms of GPU performance, the M1 Pro processor has a 16-core GPU (14-cores in the 14-inch MacBook Pro basic model), whereas the M1 Max has a 32-core GPU. The Mac Studio will continue to support up to 64GB RAM, since the M1 Pro chip supports up to 32GB and the M1 Max chip supports up to 64GB.

Early speculations stated that the high-end Mac mini will get a new appearance, maybe with a reduced casing size, a plexiglass-like top, and a two-tone colour scheme, but rumours regarding the Mac Studio suggest it would have a cube-shaped body that will be significantly thicker than the present Mac mini.

Apple finished work on one of the external screens it’s working on “months ago” and expected to release it after the 2021 MacBook Pros, so it’s possible we’ll see it during the spring Apple event.

Apple is working on a replacement to the Pro Panel XDR as well as a more cheap consumer-oriented display, with the latter model having a possibility to be unveiled tomorrow.

YouTuber Luke Miani, who has a track record of correctly forecasting Apple’s plans, claims that the new 27-inch consumer display will be dubbed the “Studio Display” and will be unveiled during the event with a “Mac Studio” computer.

Renders from the studio

Miani published renders of the supposed display, which has low bezels and a small footprint, comparable to the Pro Display XDR. According to Bloomberg’s Mark Gurman, the display is ready to ship and has an A-series processor.

Several rumours have suggested that Apple will unveil an updated version of the 13-inch MacBook Pro at its spring event, but it’s unclear whether this is true. The machine will most likely use an updated M2 chip, but other Macs that will also use the M2 chip, such as the refreshed MacBook Air, won’t be available until later this year.

It’s unlikely that Apple will include the M2 processor in the 13-inch MacBook Pro at this time, but it’s not impossible.

The redesigned 13-inch MacBook Pro will not have a mini-LED panel and will not support 120Hz ProMotion refresh rates as an entry-level laptop.

The M2 processor that Apple is working on is likely to contain the same 8-core CPU as the M1, but it will be faster and more efficient since it will be constructed on a smaller node. In terms of GPU enhancements, it will have more GPU cores. There are believed to be 9 and 10-core GPU options, up from the 7 and 8-core GPU possibilities in the original M1. The M2 will not have the same power as the M1 Pro and M1 Max, which will be replaced by the M2 Pro and M2 Max.

A developer discovered hints of the M2 Apple silicon chip in the newest macOS Monterey 12.3 beta, but that doesn’t imply it’ll be released in the spring. The processor will include an 8-core CPU and a 10-core GPU, according to reports.

According to a last-minute rumour, there will be no notebook computers at all, therefore the new MacBook Pro may not be revealed.

Apple introduced a purple iPhone 12 to the iPhone 12 selection last year, and speculations say that a green hue may be offered this year. The iPad Air will also be available in a new purple hue, according to the same source.

New iPhone case colours were leaked on Twitter at the end of February, and it’s expected that these covers will be available after the March event. A light blue, a deeper green blue, an orange hue, and a yellow are among the new colours.

These hues are also anticipated to be available for iPad covers and even Apple Watch bands. Apple will not highlight these new cases on stage, but they will be available for purchase following the presentation.

Since late January, Apple has been beta testing iOS 15.4, iPadOS 15.4, and macOS Monterey 12.3, and the upgrades are almost ready to ship. Although the software may not be released on March 8, Apple is expected to give us with a launch date and release candidates following the event.

iOS 15 is the latest version of iOS.

If you have an iPhone 12 or newer, iOS 15.4 includes capability for utilising Face ID while wearing a mask, as well as new emoji characters, provides the basis for Tap to Pay, adds a Siri voice, and enhances the anti-stalking feature of AirTags.

The long-awaited Universal Control feature in macOS Monterey 12.3 and iPadOS 15.4 allows many Macs and iPads to be managed with a single mouse/trackpad and keyboard. For anyone interested in learning more about the new features in iOS 15.4, we’ve put up a comprehensive guide.

NayaPay is looking for new ways to grow and raise funds