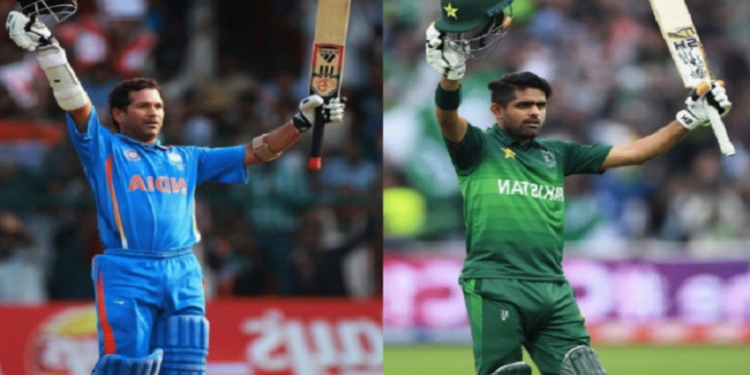 Pakistan all-format captain Babar Azam showcased his newfound hunger to remain among the elite batters across the globe with a super series against Australia, especially in the ODIs.

Babar, who was already ranked as one of the best in ODI rakings, delivered mesmerizing performances as he accumulated 276 runs at an average of 136.0 including two centuries and a fifty against Australia in a three-match series.

His performances not only saw him walk away with the player of the series award but more importantly surpass Sachin Tendulkar in all-time International Cricket Council (ICC) ODI batting ratings.

Babar, who achieved his career-highest ODI batting ratings of 891 at the conclusion of the home series against Australia, has surpassed India’s Tendulkar to claim the 15th position in the list.

Led by the West Indian legend Sir Vivian Richards, the list also comprises two Pakistani batters Zaheer Abbas, who is second on the list and Javed Miandad, who is ranked seventh with 910 rating points.

India’s top batter Virat Kohli is in sixth place with rating points of 911. Apart from Kohli, the only modern-era batters in the top ten are South African batters AB de Villiers and Hashim Amla who are ranked 9th and 10th respectively.

Here is the complete list of highest-ever ICC ODI ratings achieved by batsmen: