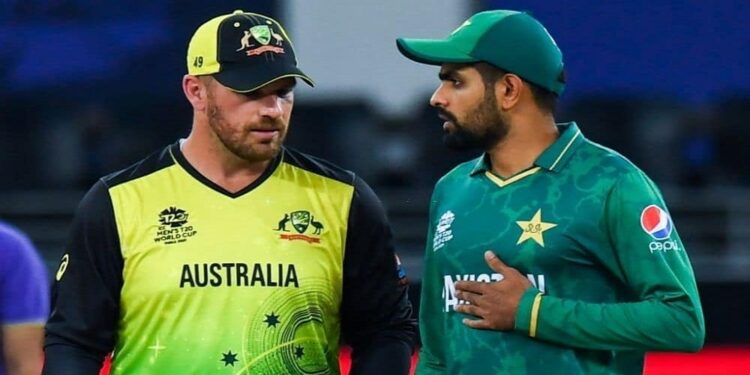 Pakistan all-format captain, Babar Azam has impressed Australian opening batter and skipper, Aaron Finch, with his magnificent performance in the series, and now the Aussie skipper wants Babar to play with him in the BBL franchise, Melbourne Renegades.

Talking to media after the ODI series, Finch said, “I just asked Babar (Azam) if he’s interested in coming and playing for the Melbourne Renegades and he certainly is – and, hopefully, we can announce that signing tomorrow!.”

Following deep breaths, the Australian skipper said,  “Only joking…”, adding that it would be great to have Babar and some of the other talented cricketers participating in the tournament.

“It would be great to have more world-class players in our domestic competition.” Babar is obviously as good as anyone for a long time in this format of the game and T20 cricket,” he added.

The Australian white-ball captain further added that any franchise will be happy to have the services of not just Babar but any cricketer from Pakistan in Big Bash League.

“If Babar Azam is available to play Big Bash, any team would love to have him. Any of the Pakistan guys, we love having them as part of our competition. Any opportunity that they can fit into our competition is fantastic and they’ll always be welcome in the Big Bash,” he concluded.

All Credit Goes to: cricketcomau