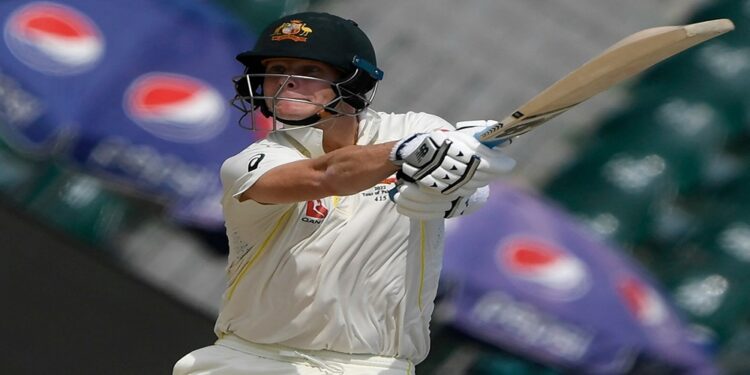 Steve Smith to return home early from Australia’s tour of Pakistan in order to manage a left elbow injury he took during the Tests.

Steve Smith will miss Australia’s one-day internationals and T20 clashes against Pakistan, stepping away to manage some niggling discomfort caused by a slight elbow injury.

After playing a part in their Test triumph in Pakistan, the 32-year-old batting star will return home after deciding not to risk aggravating any problem in the left elbow, which he injured last year.

He’ll be replaced by Queensland leg-spinner Mitchell Swepson in the squad, who made his test debut in Pakistan vs Australia 2nd test match, and will also play three ODIs (29, 31 March and 2 April) and single T20 (5 April) in Lahore.

Smith, expressing his disappointment at not playing in the four white-ball matches, said it wasn’t a major issue, but he didn’t want to risk it becoming one.

It was revealed after Australia’s win in the third Test in Lahore, which earned them a rare 1-0 win in Pakistan, that Smith had experienced some discomfort during the three-match series.

With a packed international schedule over the next 18 months, it was felt important that a complete recovery was made the priority for the man who reached 8000 Test runs in fewer innings than anyone in the history of the game during the Lahore Test.

“It’s disappointing to miss these matches against Pakistan but after chatting with the medical staff, I can see the need to take a break at this time,” said Smith.

“I do not regard this as a major issue but by staying on top of things now, we can ensure that it doesn’t become something more significant further down the line.”

“With the significant amount of cricket to come over the next 18 months, and the fact he has had an issue with the same elbow previously, it is appropriate for Steve to return home at the end of the Test series in Pakistan.”

“We have opted not to name a replacement batter as we feel we have options within the existing squad, and Steve’s absence offers up additional opportunities to players within the group.”

“We have decided to include Mitchell Swepson in the white ball squad because it will offer us additional options in the bowling department on surfaces that may well assist spinners.

“Mitchell was part of our Twenty20 International squads in both the West Indies and Bangladesh last year, as well as at the T20 World Cup, and having been in Pakistan for the past month he is familiar with conditions.

“We know if called upon he will do an excellent job.”

Vladimir Putin’s health is a source of concern, as the Russian President is “not looking so great.”

Putin's Kremlin is in chaos as he tries to disprove allegations that a major buddy has died of a heart attack.