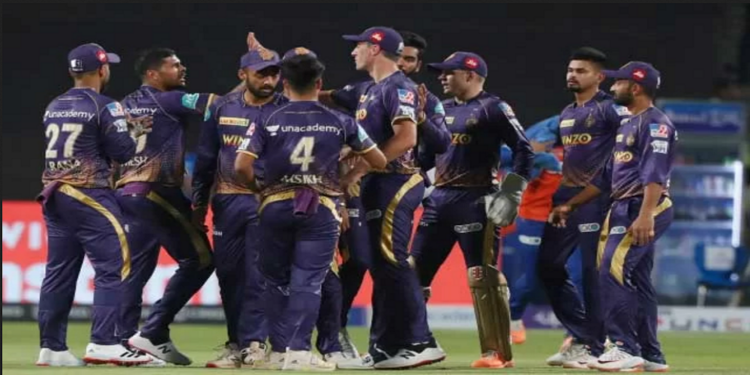 Having quality spinners like Sunil Narine is helping KKR one of the best franchises of IPL 2022.

The Kolkata Knight Riders (KKR) have begun their IPL 2022 in a fine fashion, and are at top of the table with three wins in four league matches. The former Indian cricketer Deep Dasgupta believes KKR has been accurate with the bowl and has done well with the bat as well in the initial matches.

He spoke on the strengths of the KKR’s bowling attack, and the reason for their success in the tournament. He reckoned that Umesh Yadav has done a fabulous job of taking wickets in the power-play overs and has made things a little harder for the opposition to gain momentum in the middle-overs in the presence of spinners Sunil Narine and Varun Chakravarthy.

“By the time Sunil Narine and Varun Chakravarthy come into attack, Umesh has already picked a couple of wickets and it makes a tad difficult for the opposition batters to attack quality spinners in the middle overs,” said Deep Dasgupta on Sky247.net presents ‘Not Just Cricket Show’ on CricTracker.

In the power-play overs, Umesh has scalped six wickets in four matches (before a clash against DC) at an economy of 4.63. The former Indian cricketer feels Umesh Yadav is unfortunate to get very less chances with the Indian team in the last few years and has done quite well in the limited appearances. “Umesh has been very unfortunate, and has done well for the Indian team every time he has got an opportunity,” Deep added.

Shreyas Iyer has led the KKR side well: Deep Dasgupta

Deep Dasgupta heaped praise on the leadership of Shreyas Iyer in his debut campaign for the KKR team in the 2022 edition. He pressed on the fact that it’s not easy to lead the team in the first year with the presence of established players like Andre Russell and Sunil Narine, who have been playing for KKR for the last many years.

“I think Shreyas Iyer has led the team well, it’s not easy to lead the side coming in the first year, when you already have established players like Andre Russell and Sunil Narine, who have been around the KKR camp for quite some time,” Deep added.

Meghan Markle shares out about her ‘HEARTBREAK' after a friend dies