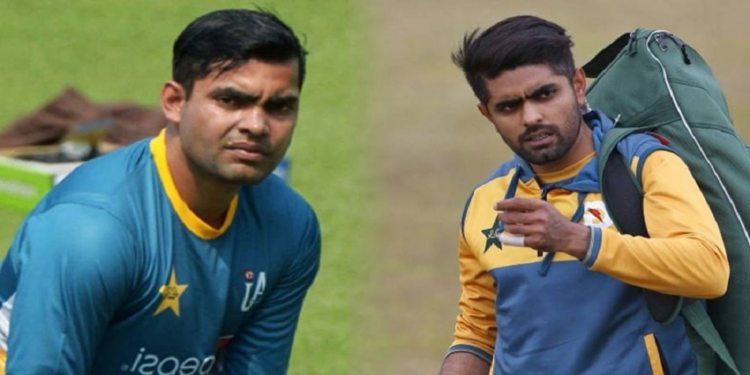 Babar Azam recalled his struggling days and shared the heartbreaking story during an interview a few weeks back regarding not being given shoes when asked.

Pakistan middle-order batsman Umar Akmal has responded to Babar Azam’s recent claims from a few months ago where the skipper said that one of his cousins refused to lend him shoes back in the day.

Babar recalled his struggling days and shared the heartwrenching incident during an interview a few weeks back.

“I asked my cousin if he could lend me a pair of joggers, but he refused, claiming that he didn’t have any,” Babar revealed. “I realised I had said something I shouldn’t have. I shouldn’t have asked for the shoes in the first place.”

Responding to these comments in an interview with a local news channel, Umar Akmal said he does not know which one of Babar’s cousins refused to lend him a pair of joggers.

“I have no idea which of our cousins refused to give shoes to Babar,” he said.

Umar further added that their families have always supported the children and their quest to pursue cricket as a career.

“We’ve always offered support to relatives who wanted to play cricket. I’ve never turned down a request. People who are close to me are well aware of this,” he further added.

WATCH THE FULL VIDEO: UMER AKMAL DENYING THE RUMOURS OF NOT GIVING SHOES TO BABAR AZAM

Meghan Markle lowered herself to fit in with the Royal Family