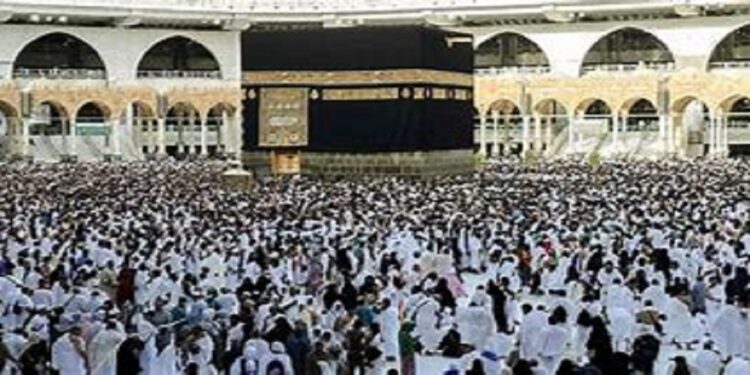 The Ministry of Religious Affairs and Interfaith Harmony has announced a number of changes to Hajj laws aimed at making the pilgrimage easier.

According to a statement released by the ministry, pilgrims whose passports were not valid until January 5, 2023 might apply for Hajj using a token granted by a passport office for passport renewal, as long as they had a new passport by May 18, 2022, otherwise, they would be declared non-qualified.

According to the ministry, abroad Pakistanis may apply with a photocopy of their valid Pakistani passport and NICOP valid till January 5, 2023, provided they submit their applications to the ministry via banks. It said that if a passport is not submitted on time, the Ministry would not be liable for non-issuance of a visa, and that the original passport must reach the ministry by Zil-Qada 20.

It said that people who completed Hajj between 2015 and 2019 are unable to qualify for the government Hajj plan this year, with the exception of males who are traveling for Hajj as the Mahram of a female relative who has not conducted Hajj during that time.

Children under the age of 12 who have not been vaccinated may also apply for Hajj, according to the ministry, with the Saudi Ministry of Hajj’s consent.

These orders have been sent to all 14 banks, according to the statement.

FBR has revised its tax collection target for FY22 to Rs. 5.8 trillion