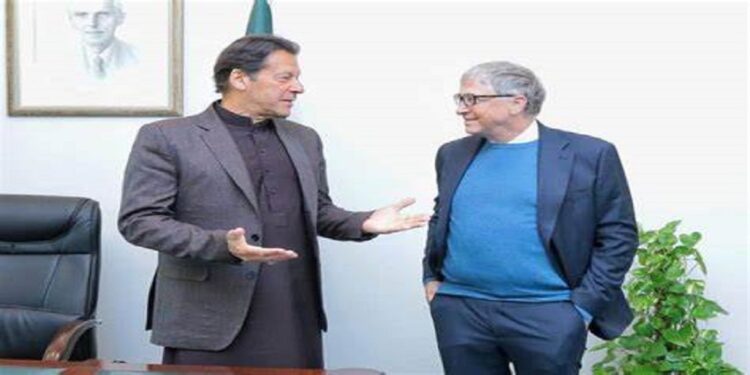 He complimented Pakistan for eradicating polio and proclaiming the nation polio-free for a year. He thanked polio workers and parents from all throughout the nation for their help.

Pakistan has the full support of the Bill and Melinda Gates Foundation, which will continue to aid Pakistan in the future, according to the Microsoft CEO.

It’s no secret that Bill Gates, along with Mark Zuckerberg, Jeff Bezos, and Elon Musk, is one of the world’s richest individuals.

He now has a net worth of $131.4 billion, making him richer than almost 130 nations throughout the globe, including Pakistan. Yes, you read it correctly: his net worth exceeds Pakistan’s current yearly budget of $48 billion for the fiscal year 2021-2022.

He is, however, just slightly wealthier than Pakistan in terms of the country’s yearly budget. When it comes to Gross Domestic Product (GDP), which is one of the foundations of a country’s overall net worth, Pakistan is not as impoverished as you may think.

Our country’s GDP was $280 billion by the end of 2021, much above Bill Gates’ fortune but perilously close to Elon Musk’s current fortune of $249 billion.