National Assembly's Opposition Leader and the premier, are no longer in office, there is still no clarity on how a temporary prime minister will be chosen. 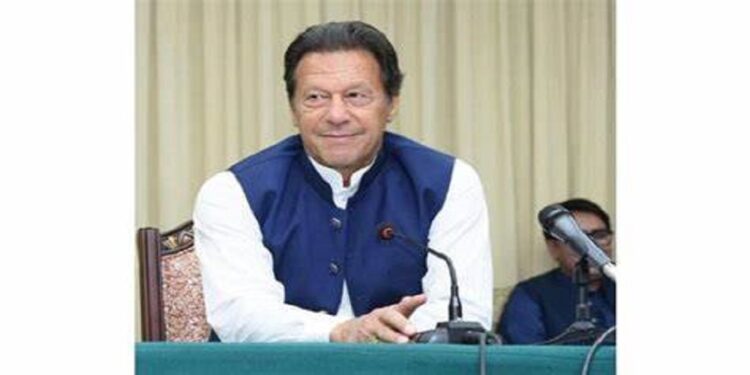 ISLAMABAD: Following the dissolution of the National Assembly, PTI Chairman Imran Khan was de-notified as Prime Minister of Pakistan, according to a statement from the Cabinet Division.

However, after a notice is published, Imran Khan may remain as prime minister for 15 days until a caretaker prime minister is appointed, as per Article 224 of the Pakistani Constitution.

The President of Pakistan, Dr Arif Alvi, has approved the advice of the Prime Minister of Pakistan to dissolve the National Assembly under the Article 58 (1) read with Article 48(1) of the Constitution of the Islamic Republic of Pakistan.

If Imran Khan remains prime minister for a few days, he would not have the authority to make choices that an elected head of government would be able to make.

“Mr Imran Ahmad Khan Niazi ceased to hold the Office of Prime Minister of Pakistan, with immediate effect, as a result of the president of Pakistan dissolving the National Assembly in terms of Article 58(1) read with Article 48(1) of the Constitution of the Islamic Republic of Pakistan, vide Ministry of Parliamentary Affairs’ SRO No. 487(1)/2022, dated 3rd April, 2022,” said the Cabinet Division notification.

Imran Khan’s de-notification comes only hours after ex-NA deputy speaker Qasim Suri unexpectedly dropped the no-confidence vote against him, calling it “unconstitutional” and claiming it was supported by “foreign forces.”

On the suggestion of the ex-premier, President Arif Alvi dissolved the National Assembly under Article 58(1) read with Article 48(1) after the rejection of the no-confidence vote.

Imran Khan, speaking to the nation shortly after the session ended, called for new elections and urged Pakistanis to prepare for them, while the opposition slammed the government’s dismissal of the motion as “unconstitutional.”

Following the defeat in the National Assembly, the Opposition proceeded quickly to the Supreme Court of Pakistan, which took note of the political turmoil.

“Any decision made by the Prime Minister and the President must be subject to the order of this court,” Chief Justice of Pakistan Umar Ata Bandial declared during the hearing earlier today.

“When a [no trust] petition is filed and the attorney general tells the court that voting will take place, this [action] seems to be in violation of constitutional requirements,”

To counter the very “flaccid argument,” Advocate Khan said that if votes were purchased or sold, the Constitution provides for disqualification of the defecting member.