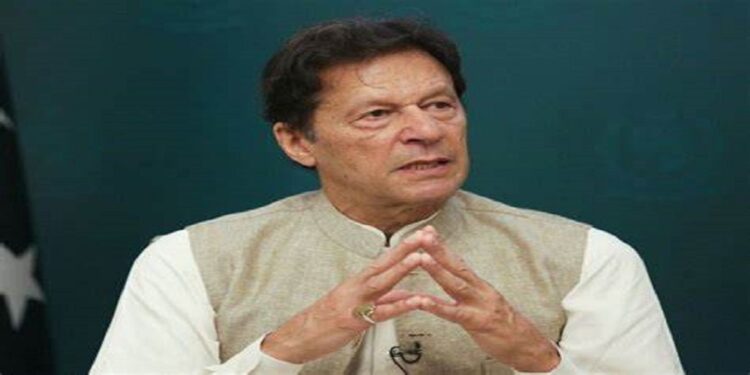 Despite the PTI government’s frantic attempts to delay voting on Prime Minister Imran Khan’s no-confidence motion, the historic session of the National Assembly to determine his destiny started at 10:30 a.m. on Saturday, with voting beginning 10 minutes before the clock struck 12 amid much drama.

NA Speaker Asad Qaiser has decided to conduct a vote on the no-confidence motion after assembly officials warned him that if he disobeyed the court’s decision, he would face “serious repercussions.”

Despite the fact that the clock is ticking down to 12, Asad Qaiser and Deputy Speaker Qasim Suri were invited to the Prime Minister’s House for a meeting with the prime minister before returning to the NA.

So far, what has happened?

The Opposition convened a consultative meeting in the chamber of Leader of the Opposition Shahbaz Sharif during the first break, which lasted more than two hours, to develop a counter-strategy to the government’s purported plot to extend the session so that voting could not take place today.

During the recess, the administration and the opposition established an agreement on preserving order in the House and permitting continuous remarks, according to sources.

Meanwhile, PML-N spokesman Marriyum Aurangzeb said that the Opposition had refused to accept any of the government’s requirements, and reaffirmed that the no-confidence resolution must be voted on today.

She also said that no restrictions imposed by the administration would be considered, and that no vote schedule has been set.

Aurangzeb also warned the speaker that delaying the vote on the no-confidence motion constituted a breach of the Supreme Court’s ruling and the Constitution, and that he would face three years in jail and five years of disqualification if he did so.

‘All of Imran Khan’s abilities have been taken away from him.’
Following a delay in voting on the no-confidence motion, the combined Opposition declared that Imran Khan is no longer Prime Minister of Pakistan in a statement.

The leaders also said that no “unconstitutional measure” by Prime Minister Imran Khan would be tolerated by the Opposition, the courts, or the people.

Imran Khan “has lost the authority of the state and government” now that he is no longer Pakistan’s prime minister, according to the united Opposition.

“None of his choices, acts, or orders will have any constitutional or legal standing,” they declared, adding that he [Imran Khan] would be held accountable for every unlawful move and that the whole country will denounce his conduct.

Meghan Markle lowered herself to fit in with the Royal Family