Deputy Speaker Qasim Suri utilized it to delay a vote on the no-trust motion, resulting in a constitutional crisis. 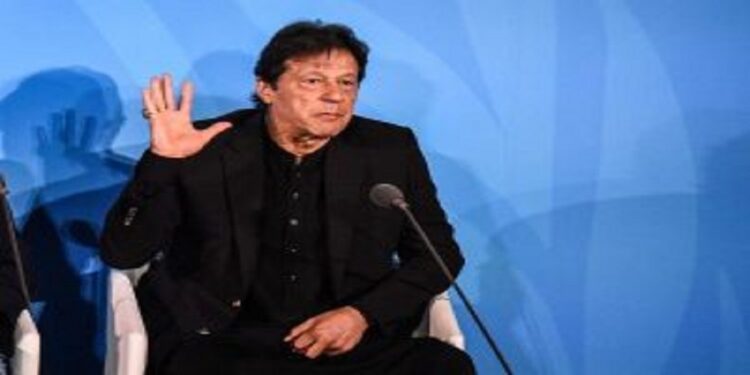 Contrary to Prime Minister Imran Khan’s allegations, the military leadership informed the National Security Committee (NSC) on March 27 that they had no proof that the US had threatened or was participating in a plot to destabilize the PTI administration.

The high-powered NSC, led by Prime Minister Imran Khan, convened on March 27 to consider the diplomatic cable, which the PTI administration said included proof of a US plan to overthrow Pakistan’s government.

Following the discussion, the NSC released a statement expressing grave concerns about the cable’s non-diplomatic wording, claiming that it amounted to involvement in Pakistan’s domestic affairs. After that, the NSC agreed to launch a demarche to the US.

Following the NSC statement, Deputy Speaker Qasim Suri utilized it to delay a vote on the no-trust motion, resulting in a constitutional crisis.

PM Imran said that the NSC had approved the government’s position that the motion of no-confidence was part of a plot to depose him.

Another issue that was brought up was the delay in convening the NSC meeting. “Can the government prove any action it took between March and March 27?” said the insider.

According to the source, relevant authorities discovered no proof of a relationship between the no-confidence vote and the diplomatic cable that sparked the current political and constitutional difficulties.

Despite the prime minister’s bluster, the army commander said that Pakistan has a good and long-term relationship with the US, adding that the US is Pakistan’s top export partner.

Not only did the army commander voice grave fears about the Russian invasion, but he also said categorically that Russian aggression against a smaller country could not be tolerated.

This demonstrates that the military leadership and the PTI administration may not be on the same page on some foreign policy matters.

However, it is puzzling that the military leadership has made no public comment indicating whether or not they support the foreign-funded conspiracy against the prime minister.

Following the turbulent day in Pakistani history on Sunday, the army’s top spokesman said that the force was “absolutely not” involved in the events in the National Assembly.