by Web Desk
in Latest, world
0 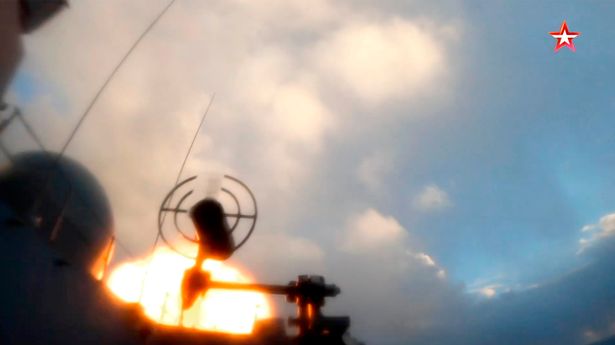 RUSSIA has unleashed new footage of its 7,000mph Zircon hypersonic nuke missile, which could strike London in five minutes.

The deadly weapon, which can carry either a conventional or nuclear warhead, was previously dubbed “unstoppable” by the Kremlin.

And now, terrifying footage shows a Mach 9 Zircon – or Tsirkon – missile being fired, demonstrating how Russian President Vladimir Putin could launch a hypersonic nuclear strike on the West.

The video of the missile being launched from the Admiral Gorshkov frigate in the White Sea was made public amid veiled threats by Putin and his top officials to go nuclear if any country intervenes in his invasion of Ukraine.

Russia has repeatedly warned the West that if it is challenged, it will face “unforeseen consequences.”

Putin warned of “consequences that you have never faced in your history” in the early hours of February 24, clearly referring to his willingness to use a nuclear strike.

Fears that the devastating conflict could turn nuclear grew as Russian President Vladimir Putin ordered his nuclear forces to be on high alert.

Lord West, the former commander of the Royal Navy, warned that one “miscalculation” could spark a war in Europe, which could escalate into a world war involving nuclear weapons.

Despite Zelensky’s pleas, the West has not imposed a no-fly zone for fear of sparking a war.

In his ongoing devastation of Ukraine, Putin hit a military facility near the Polish border over the weekend, bringing the war to NATO’s doorstep.