Bella shared a video of an Israeli police officer beating a tiny child and a man, as well as a lengthy message in which she expressed her displeasure. 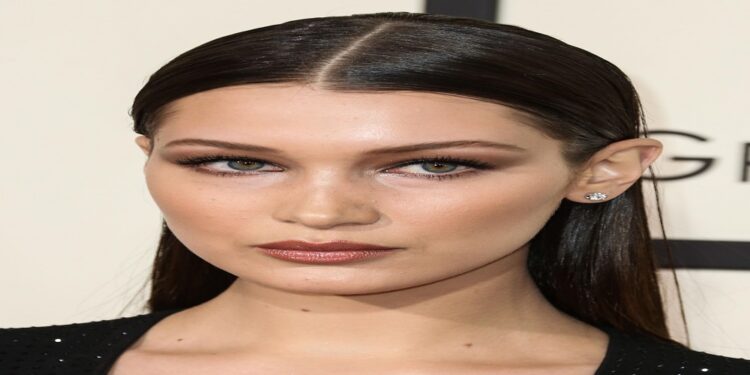 The supermodel Bella Hadid used her Instagram account on Sunday to highlight Israeli cruelty against Palestinians at the Al-Aqsa Mosque.

Bella shared a video of an Israeli police officer beating a tiny child and a man, as well as a lengthy message in which she expressed her displeasure.

Here’s what she had to say about it:

“I highly suggest you to see each of these flicks.” Whether it’s a 12-year-old child being suffocated by an adult or a mother of six escaping with her hands up after being shot by the military. An elderly man with crutches is pushed to the ground and unable to fight back. A child and his father are being terrorized for no apparent cause.

Could you kindly tell me which of these people provoked this sort of attack? If you’re trying to make an excuse, you’re the issue.

If you truly want to silence me I will continue to come forth with peace, displaying true facts on how the IDF, Israeli government, and Settlers assault innocent Palestinians for no reason other than the fact that they are Palestinians.

All of this violates human rights, and continuing to watch us is the most heinous kind of prejudice and unlawful censorship.

This is not something I made up. I really don’t want to have to publish this. These people aren’t professional actors. These are actual Israeli forces (sent to defend) and genuine Palestinians, both of whom have lives, families, jobs, histories, and souls. If you want me to stop stealing, they should stop killing.

The most prevalent excuse I hear is “the Palestinians.” “They begged for it, and they had a knife,” I overhear. “It was because of this that the troops started to attack.”

Most certainly not. As you can see, they are peaceful people who spend much of their time with their children, praying, or just… living. Yes, there are crazies on both sides. (As it is around the world) But I will not sit here and watch my people’s names be slandered as if they are always doing something wrong to deserve such treatment. Unprovoked physical or verbal abuse. They’re in their own home, on their own land, where they’ve lived for hundreds of years. Particularly as the holy month of Ramadan approaches.

This is entirely unprovoked.”