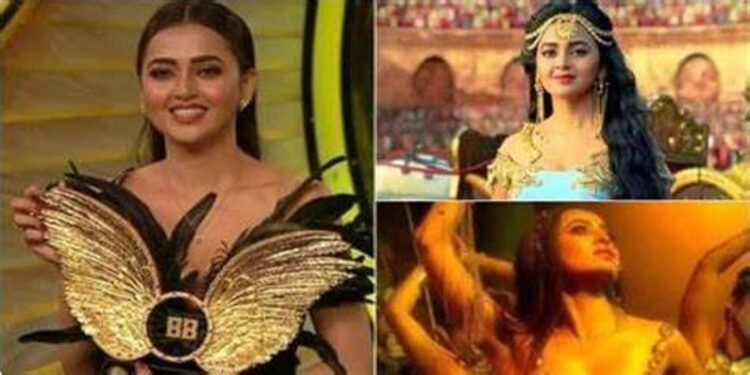 Actor Karan Kundra made a surprise visit to his girlfriend, actress, and Bigg Boss 15 winner Tejasswi Prakash, at her Mumbai home on Monday. As he drove near Tejasswi’s house, Karan uploaded a handful of clips on Instagram Stories.

“Whatsup folks,” Karan stated in one of the videos. How’s it going? I’ve finally emerged from my cocoon, and you can guess where I’m going. “You’ll find out shortly.” Tejasswi Prakash was spotted waiting for Karan on her home’s balcony as he came out of his automobile.

As he got out of his automobile, Karan waved to Tejasswi and the two exchanged grins. The two conversed for a few minutes despite the fact that their voices were not heard. Karan utilized the song Ajeeb Dastan Hai Yeh from Dil Apna Aur Preet Parai as the background music.

Tejasswi just took home the Bigg Boss 15 trophy, with Pratik Sehajpal in second place and Karan Kundrra in third. The most recent season of the reality program Bigg Boss has been one of the most interesting.