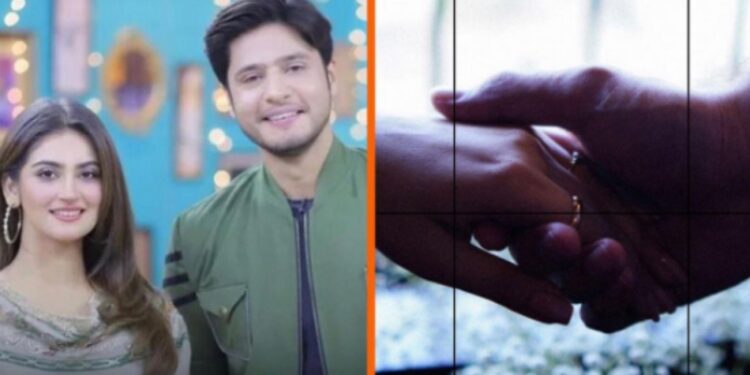 She announced her romance on Instagram, a photo and video-sharing social media platform. Her engagement ring is seen in the snap.

In a poignant statement, the Berukhi singer stated that he is now hers and that he feels safest in his hands

The actress said that she felt uncomfortable holding her fiancé’s hand in one of their projects, but that she is pleased she stayed and eventually fell for him.

The star of Wedding Virus is looking forward to spending the rest of her life with her fiancé, and she appreciates his support when she couldn’t keep herself together.

Hiba Bukhari’s response to a fan on marriage has gone viral.

“This is to proclaim that YOU are MINE in this frantic world!” She wrote, “Shukr Allah and Mash’Allah.”

Hiba Bukhari’s love is a miracle, according to Syed Arez Ahmed, who shared the same photo.