"They're over over heels in love and are committed to one other for the rest of their lives." 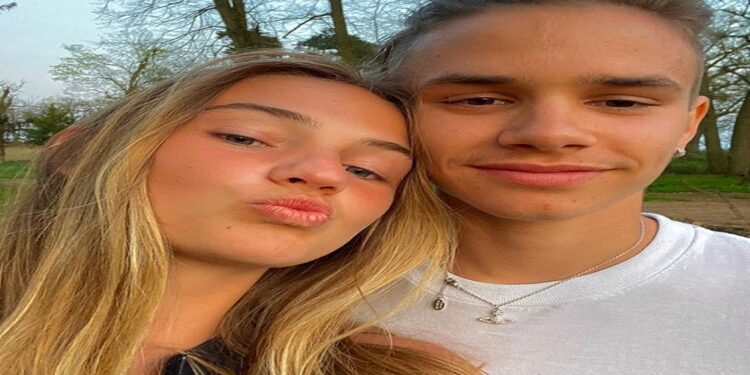 Romeo Beckham, who just served as the best man at his brother Brooklyn Beckham’s wedding to Nicola Peltz, will not be marrying Mia Regan anytime soon.

The Daily Mail has debunked allegations in The Mirror that the pair is getting set to go down the aisle, as per Beckham custom.

“Although obviously madly in love,” a source told MailOnline, “both Romeo and Mia are young and focused on their respective jobs.”

According to previous reports, the couple has already discussed preparations for a low-key wedding in the United Kingdom.

“Mia has a strong relationship with Romeo’s mother, Victoria.” According to The Mirror, “it was evident the pair wanted a long-term future together and had previously talked about becoming soulmates.” “It seems that Beckham has a habit of marrying young and soon.”

“They’re over over heels in love and are committed to one other for the rest of their lives.” They also expressed their desire for a large family and expressed their eagerness to begin,” according to the magazine.