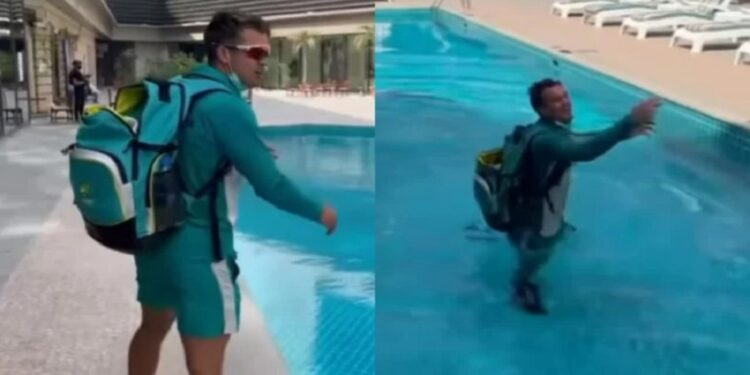 Australian wicket keeper Alex Carey became the butt of all jokes after carelessly falling into the swimming pool at the local hotel in Karachi and leaving Australian players in fits of laughter.

Taking to his Instagram, Australian captain Pat Cummins posted a funny video of wicket keeper Alex Carey loosing his balance while talking and walking near an edge of swimming pool and suddenly falling into it.

Following Alex’s funny tumble into the pool, fellow team members burst into laughter and made fun of this silly act.

Carey after regaining his composure, threw his mobile phone to the players in the Australian dugout as everyone around enjoyed the moment and could not stop laughing.