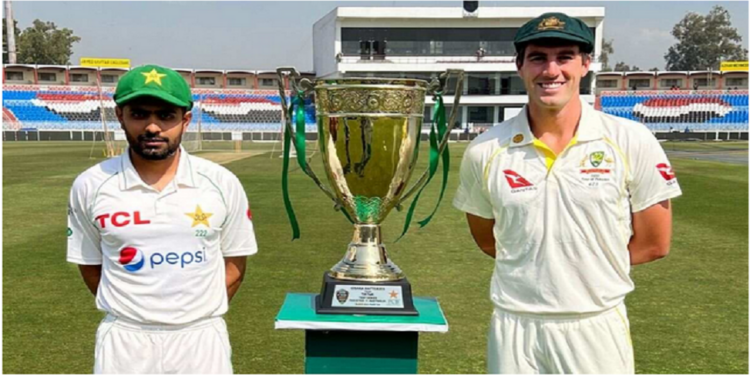 In wake of the deteriorating political situation in the country, the Pakistan Cricket Board (PCB) has started considering rescheduling the whiteball cricket series between Pakistan and Australia at Gaddafi Stadium Lahore from Pindi Cricket Stadium.

According to the current schedule, Rawalpindi will host three ODI and the only T20I matches after the test series.

The ODI series will start on March 29 in Rawalpindi for which both the teams are scheduled to arrive on March 26.

Opposition parties have called for a long march on March 23.

On other hand, the ruling party Pakistan Tehreek-e-Insaf (PTI) has announced a big political gathering on March 28th.

PCB Spokesperson said that the cricket board, law enforcement agencies, and all the concerned authorities are closely watching the current political situation in the country and its plan B is ready.

If political activities in Islamabad and Rawalpindi are on the rise, then considering the situation, the hosting of ODIs and T20s will also be given to Lahore.

The third test of the series is scheduled in Lahore. According to plan B, ODIs and T20 will be shifted from Rawalpindi to Lahore.

The Australian white-ball players will join their team in Lahore and the broadcasters will also be present in Lahore plus considering the logistics and other factors. So if anytime the venue of the series is changed then the best alternate option would be Lahore. But if the political situation is not the case, Rawalpindi will host the whole white-ball leg of Pakistan vs Australia cricket series 2022.

Petrol Price in Pakistan remain constant at 149.86 per liter

PCB Set to Rename Gaddafi and National Stadium and Why?