Hazratullah Zazai, an explosive Afghan opener, was picked up by the Yellow Storm 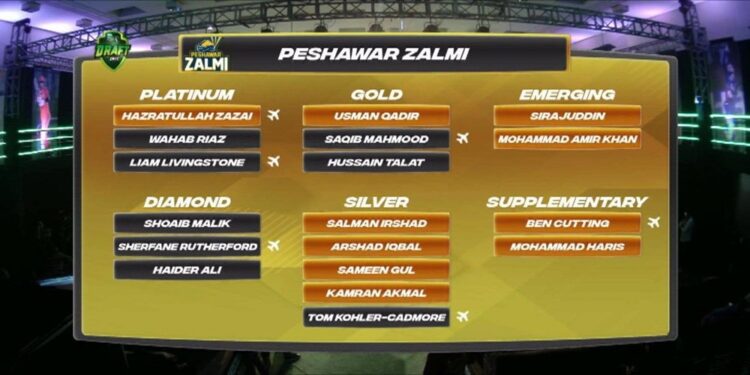 Peshawar Zalmi have announced their final team for the PSL 7 tournament.

After participating in the player draught, Peshawar Zalmi announced their final team for the seventh season of the Pakistan Super League on Sunday.

Hazratullah Zazai, an explosive Afghan opener, was picked up by the Yellow Storm. Zazai said he would need all of his supporters’ prayers and will give the competition his all in a statement published by the squad on Twitter.

However, Akmal was dissatisfied with his selection in the Silver division and declared his departure from the event.

It’ll be interesting to see whether this is his final choice and how the team reacts.

The PSL’s latest edition will be played in Karachi from January 27 to February 7 and in Lahore from February 10-27.

The first match will be staged under the lights of the National Stadium, where Karachi Kings and Multan Sultans will go head-to-head.