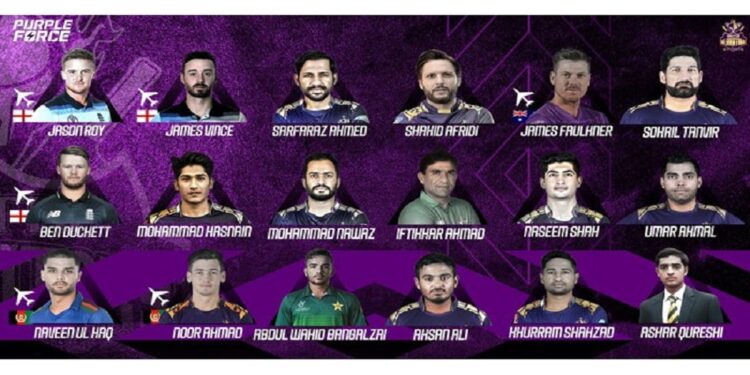 After participating in the player draught, the Quetta Gladiators selected their final team for the seventh season of the Pakistan Super League on Sunday.

Jason Roy, the swashbuckling England opener, was selected by the Purple Force in the Platinum category.

Naveen-ul-Haq, a fast bowler from Afghanistan, Abdul Wahid Bangalzai, a Quetta-born Pakistan U19 batsman, and seasoned white-ball players Sohail Tanvir and Umar Akmal were also among the 2019 champions.

The PSL’s latest edition will be played in Karachi from January 27 to February 7 and in Lahore from February 10-27.

The first match will be staged under the lights of the National Stadium, where Karachi Kings and Multan Sultans will go head-to-head.