The Vivo smartphone is said to have a 6.44-inch full-HD+ AMOLED display with a waterdrop notch. 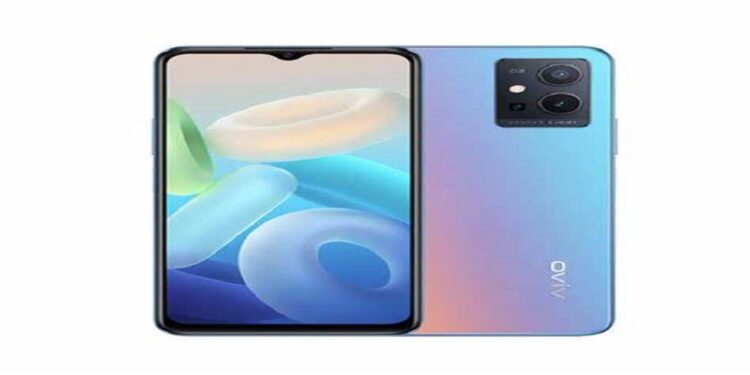 According to a report, the Vivo Y75 4G launch date has been established. It also goes into detail regarding the rumored smartphone’s design and features. The Vivo smartphone is said to have a 6.44-inch full-HD+ AMOLED display with a waterdrop notch. It is said to include a volume rocker as well as a power button on its right spine. The Chinese manufacturer debuted the Vivo Y75 5G, a 5G model of the phone.

Vivo Y75 4G is an upcoming smartphone by Vivo with an expected price of PKR Rs.41,800 in Pakistan, all specs, features, and Prices on this page are unofficial, the official price, and specs will be updated on the official announcement.

Citing industry sources, 91Mobiles claims that the rumored Vivo Y75 4G will feature a 6.44-inch full-HD+ AMOLED display with a waterdrop notch to house the selfie camera. Under the hood, the Vivo phone is claimed to come equipped with a MediaTek Helio G96 SoC, which could be paired with 8GB of RAM. As per the report, the handset can also borrow up to 4GB of RAM from storage.

For photography, the Vivo Y75 4G is claimed to sport a triple rear camera setup which could be headlined by a 50-megapixel primary sensor. It could be paired with an 8-megapixel secondary camera, and a 2-megapixel third sensor. On the front, the phone is claimed to get a 44-megapixel shooter for selfies and video chats.

It might include 128GB of internal storage, and the phone is said to have an in-display fingerprint sensor for biometric security. The Vivo Y75 4G is rumored to include a 4,020mAh battery with 44W fast charging capabilities. It might be 172 grammes.

As previously stated, Vivo has already released the Vivo Y75 5G . It has a full-HD+ (1,080×2,408 pixel) IPS LCD display and is powered by a MediaTek Dimensity 700 SoC. The phone has three back cameras: a 50-megapixel main camera, a 2-megapixel macro camera, and a 2-megapixel bokeh camera with an f/2.0 aperture lens. A 16-megapixel selfie camera is included. It has a 5,000mAh battery and enables rapid charging through USB Type-C at 18W.