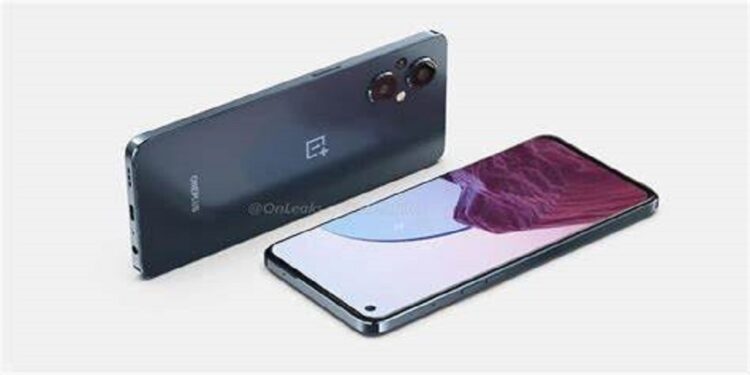 Previously, in November, a trusted source revealed rendered photos of the OnePlus Nord N20, a smartphone with a 6.43′′ display, according to the tipster. The source also said that the Nord N20 will include a triple-lens unit on its back panel.

OnePlus has now published official Nord N20 specs and renderings in a conversation with PCMag UK. This backs up the leaks we’ve seen in the past.

Meanwhile, additional speculated Nord N20 specifications include a Snapdragon 695 SoC, a 48 MP main camera assisted by an 8 MP ultrawide lens, 6GB/128GB of RAM, and OxygenOS 11 on top of Android 11 onboard, despite the fact that it’s already 2022.

The smartphone is expected to make its formal debut in the United States before the end of this month.

Aside from the rendered picture, the Chinese business announced that the device will have a 6.43′′ AMOLED display with a Full HD+ resolution and a refresh rate of 60 Hz. For authentication, it will also make use of an in-display fingerprint scanner.

OnePlus also revealed that the next Nord N20 would have SuperVOOC fast charging. The Nord N20 will initially target the North American market. Kinder Liu, the company’s COO.