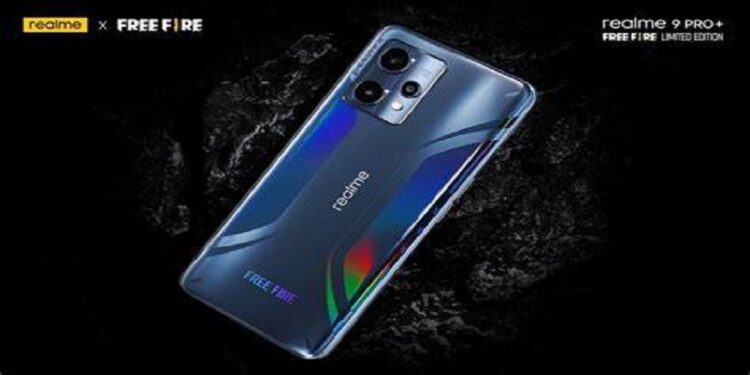 The smartphone is likely to have the same characteristics as the Realme 9 Pro+, which was released

soon and was recently seen in a leaked design picture, hinting at the smartphone’s appearance.

In a series of postings on the Realme Thailand Facebook page, the business revealed photographs of the future Realme 9 Pro+ Free Fire Edition device. The photographs depict the smartphone’s design from various perspectives. The smartphone will also be released in Thailand on April 12th, according to the manufacturer.

Realme has published photos of the Realme 9 Pro+ Free Fire Edition’s revised back panel. The company’s logo was formerly located in the bottom left corner of the Realme 9 Pro+, but it has since been relocated to the center. The official photographs of the smartphone back up earlier this week leaked the design image of the device.

For selfies and video calls, the smartphone also has a 16-megapixel Sony IMX471 selfie camera with an f/2.4 aperture lens on the front.