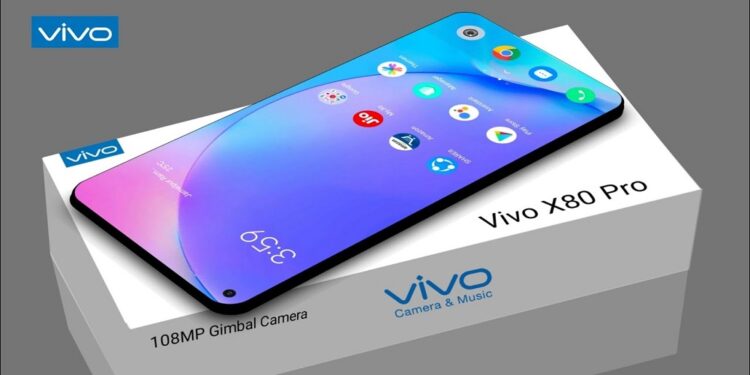 Vivo’s X80 series, which includes the X80, X80 Pro, and X80 Pro Plus, is expected to be released soon. New leaks have surfaced with information about the X80 Pro.

The X80 Pro is expected to be powered by a Density chipset, while the X80 Pro Plus will be powered by a Snapdragon chipset.
Digital Chat Station, a well-known tipster, has disclosed that the Dimensity 9000-powered X80 Pro would contain a Sony IMX 8-series sensor, making it the only smartphone with the chipset’s newest IMX 8-series or IMX 800 sensor.

It will have a 50MP main unit, according to Digital Chat Station. According to previous rumors, the phone will sport a quad-camera system with a 50MP main camera, a 12MP ultra-wide lens, a 12MP tertiary lens with 2x optical zoom, and a 12MP telephoto sensor with 10x hybrid and 60x ‘code zoom.’

Previous rumors suggested an IMX789 sensor, rather than the more recent IMX 8-series/IMX 800 sensor.
According to the source, the smartphone will also have the V1 Picture Signal Processor, which will improve image quality even further.

The X80 Pro’s selfie camera will be 32MP, and the phone will be powered by a 4,700mAh battery with 80W wired and 50W wireless fast charging capability.

The Vivo X80 Pro is expected to launch with Android 12 and will cost around $898.

Honor will use the same sensors in its devices, including the Honor Magic 4 Pro+, to compete with Vivo over the IMX8/IMX800 series sensor.