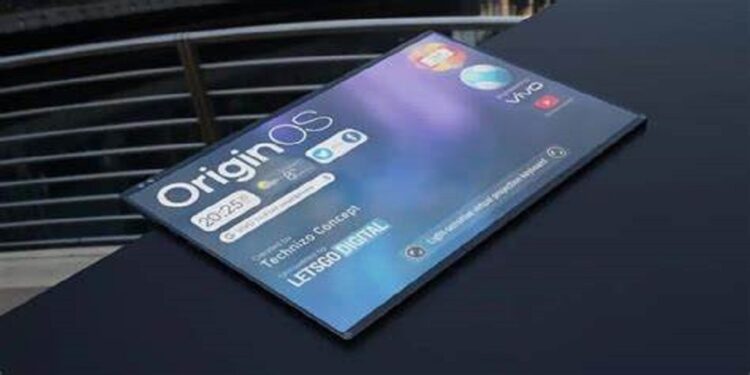 We’ve been hearing rumors about Vivo’s next-generation folding technology for some time now, and new leaks have shown the company’s future foldable smartphone, the X Fold. Thus far, the smartphone has surfaced in a number of leaks and speculations, providing us with an idea of the device’s specifications. However, the Vivo X Fold has already been seen in several hands-on shots.

Recently, the gadget was found at a Chinese metro station covered in a thick protective shell intended to keep it hidden from public sight.

The images reveal, that the upcoming X Fold features a square-shaped inward folding screen and by the looks of it, there is no visible crease at the center of the panel, owing to the company’s complex hinge mechanism. The folding screen is also expected to be covered in ultra-thin glass (UTG).

The handset’s optics will have a quad-camera array led by a 50MP main lens. Additionally, a 48MP lens, a 12MP lens with a 2x zoom, and an 8MP lens with a 5x zoom will be included. At the moment, no leaks or speculations have disclosed any details about the selfie camera.

According to what we’ve learned so far, the phone will be unveiled next month. Given the smartphone’s impending introduction, we expect to learn more about it in the coming days.

TECNO schedule to launch its new Spark phone in Pakistan