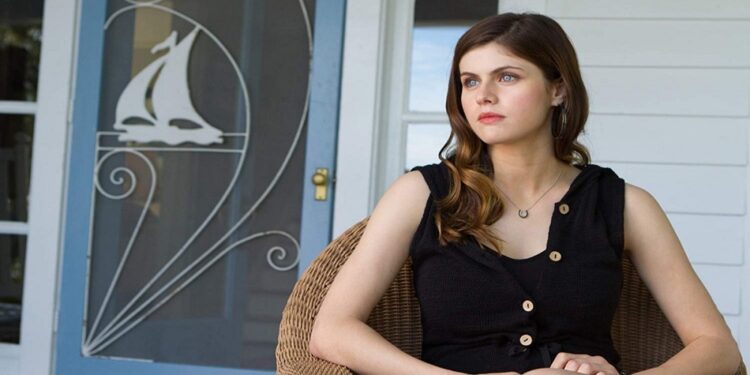 Alexandra Daddario on the red carpet at the AMC upfronts to promote her upcoming series Anne Rice’s Mayfair Witches. Rowan is a psychotherapist who is struggling with her destiny as the heir of a witch dynasty.

She was joined by a lot of AMC celebrities. Better Call Saul’s Bob Odenkirk and Rhea Sehorn are among the cast members. Joe Manganiello stars in the new Moonhaven series. Growing Up Hip Hop stars Tahira Francis, Da Brat, Jessica Dupart, and Angela Simmons. Finally, Dark Winds’ Noah Emmerich.
To the red carpet at The Peak in Hudson Yards, New York City, Daddario wore an incredible and one-of-a-kind black gown. The gown featured just one sleeve, a slit up the left leg, and a cutaway in the centre that showed her midriff.

A pair of black heels, a swarm of gold bracelets, and her engagement ring completed the look. Which she got in December from producer/fiancee Andrew Form.

The book trilogy Lives of the Mayfair Witches by Anne Rice is the inspiration for the series. In December, it was granted the go-ahead. Rice’s ‘huge collection,’ which comprised 18 titles in her library, was acquired by AMC.

After Anne Rice’s Interview With the Vampire, the program will be broadcast. Both are scheduled to debut in late 2022 or early 2023.