Prince Harry is said to have slammed the monarch's closest aides after expressing his fears about the Queen's safety in a recent interview. 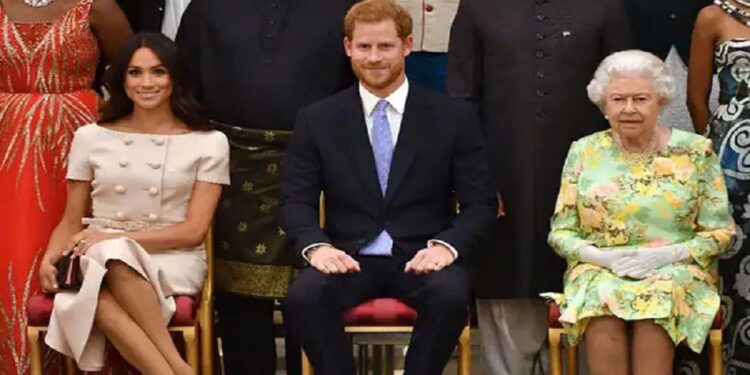 Prince Harry is said to have slammed the monarch’s closest aides after expressing his fears about the Queen’s safety in a recent interview.

“I’m just making sure she’s safe and has the appropriate people around her,” the Duke of Sussex, who paid his grandmother a rare and unexpected visit for tea at Windsor Castle last week with his wife, Meghan, said in an interview.

It has been suggested that Harry’s remark was intended as a jab at palace advisors who assisted the king, Prince Charles, and Prince William in drafting the conditions of Harry and Meghan Markle’s leave contract in 2020.

Meghan and Harry planned to establish a new role for themselves within the Royal Family in January 2020, which would have allowed them to become financially independent of the Sovereign Grant while still representing the Queen and the Crown through engagements and patronages, but their plan was reportedly deemed unworkable

The Sussexes had to relinquish their royal responsibilities, as well as their military and royal patronages when they stood down as full-time working members of the Firm.

“The protection remark is taken to mean that he believes the Queen is being misled by people around her, notably at the Megxit Sandringham Summit,” a source told The Sun.

According to the journal, the Duke previously branded some of the aides participating in the Megxit process “vipers” and did not identify who he feels are the “proper individuals” to surround the Queen or what she needs protection from.

Prince Harry’s shocking comments come only days after he and his wife Meghan Markle paid a visit to the Queen and had tea with her last week.