Putin said that the sector's most pressing issues were connected to disruptions in energy supply logistics. 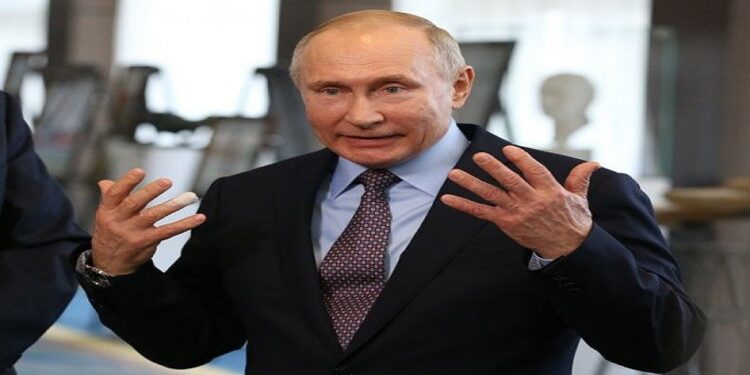 President Vladimir Putin said on Thursday that Moscow will seek to reroute its energy exports eastward as Europe attempts to lessen its dependence on them, but that European countries would not be able to abandon Russian gas overnight.

Russia produces over 40% of the EU’s natural gas, and Western sanctions over what Moscow refers to as its “special military operation” in Ukraine have hampered its energy exports by complicating the finance and logistics of current accords.

While the EU discusses whether to penalize Russian gas and oil and member states seek other suppliers, the Kremlin has been strengthening connections with China, the world’s largest energy user, and other Asian nations.

“The so-called partners from hostile nations admit that they will not be able to make do without Russian energy supplies, like natural gas, for example,” Putin said during a televised cabinet meeting.

“There is no reasonable substitute (for Russian gas) in Europe right now.”

Putin also claimed that Europe was pushing up prices and destabilizing the market by threatening to cut off Russia’s energy supply.

He said that Russia, which accounts for around a tenth of world oil output and a fifth of global gas production, will need new infrastructure to increase energy exports to Asia.

He directed the administration to provide a strategy by June 1 that includes “increasing transportation infrastructure to nations in Africa, Latin America (and) the Asia Pacific.”

He also requested clarification on the feasibility of adding two pipelines to Russia’s unified gas supply system: the China-bound Power of Siberia and the far-eastern Sakhalin-Khabarovsk-Vladivostok.

Connecting such connections to the larger network may theoretically enable Russia to transfer gas supplies from Europe to Asia and vice versa.

Russia began pipeline gas shipments to China at the end of 2019 and agreed in February to a 30-year deal through a new pipeline that has yet to be constructed, with sales to be paid in euros. more info

Putin also said that the importance of national currencies in export negotiations should be expanded, in light of Russia’s ambitions to move to roubles in payments for its gas shipments, mostly to Europe.

Russia’s oil output, its main source of income, has fallen precipitously, owing to issues with payments for trade and vessels. more info

To avoid falling foul of EU sanctions on Russia, major global trading firms are aiming to cut crude and gasoline imports from Russia’s state-controlled oil corporations as early as May 15, according to sources. more info

Putin said that the sector’s most pressing issues were connected to disruptions in energy supply logistics.

Will Archie and Lilibet attend the Queen's Platinum Jubilee this year?