Russian-Ukraine war live updates: Ruins and deaths on the streets ,Reuters publishes footage from the besieged city of Mariupol

ccording to Reuters, "someone spray painted'mined' on a fence near an obliterated filling station." 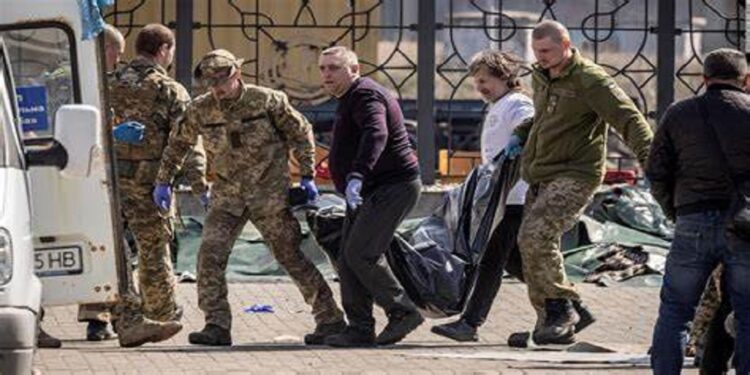 Reuters journalists visited Mariupol’s beleaguered city, including the Illich Steel and Iron Works sector, one of two metals facilities where Ukrainian defenders were hiding in subterranean tunnels and bunkers.
According to a Ukrinform journalist, Reuters uploaded pertinent video from that location.

“The plant had been reduced to a twisted steel and blasted concrete shambles, with no indication of defenders present.” Several individuals’ remains were spread on surrounding streets, including a lady wearing a pink coat and white shoes. According to Reuters, “someone spray painted’mined’ on a fence near an obliterated filling station.”

WARNING: GRAPHIC CONTENT
In besieged Mariupol, Russian troops pressed recent advances, hoping to make up for their failure to capture Kyiv by finally seizing their first big prize of the war https://t.co/j7dGzST7o6 pic.twitter.com/NjjFxlmXqX