The Queen waved and smiled as she appeared with son and heir Charles, grandson William, and his oldest child, George, dressed in brilliant green. 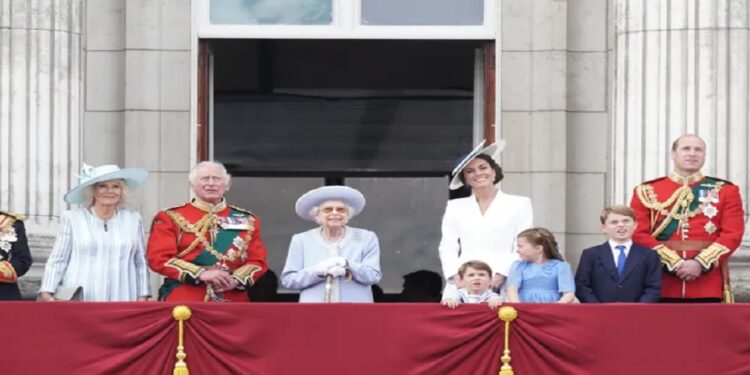 On the last day of the Platinum Jubilee festivities on Sunday, Meghan Markle, Prince Harry, and Andrew were absent.

The Duke and Duchess of Sussex were absent from the Platinum Party at the Palace last night and are also missing today’s Pageant. Prince Andrew was likewise absent from the Queen’s functions.

The Pageant, which drew over 10,000 people from all walks of life, came to a close with Ed Sheeran performing the National Anthem.

To bring the festivities to a close, the Queen made a last appearance on the balcony.

After hundreds of royal admirers celebrated her arrival on the balcony of Buckingham Palace, the 96-year-old queen said she was humbled by the love she had had during her Platinum Jubilee.

The Queen waved and smiled as she appeared with son and heir Charles, grandson William, and his oldest child, George, dressed in brilliant green. The relatively tiny family gathering on the balcony included Charles’ wife Camilla, William’s wife Kate, and their two younger children.

In a statement, she added, “I have been humbled and very moved that so many people have come to the streets to commemorate my Platinum Jubilee.”