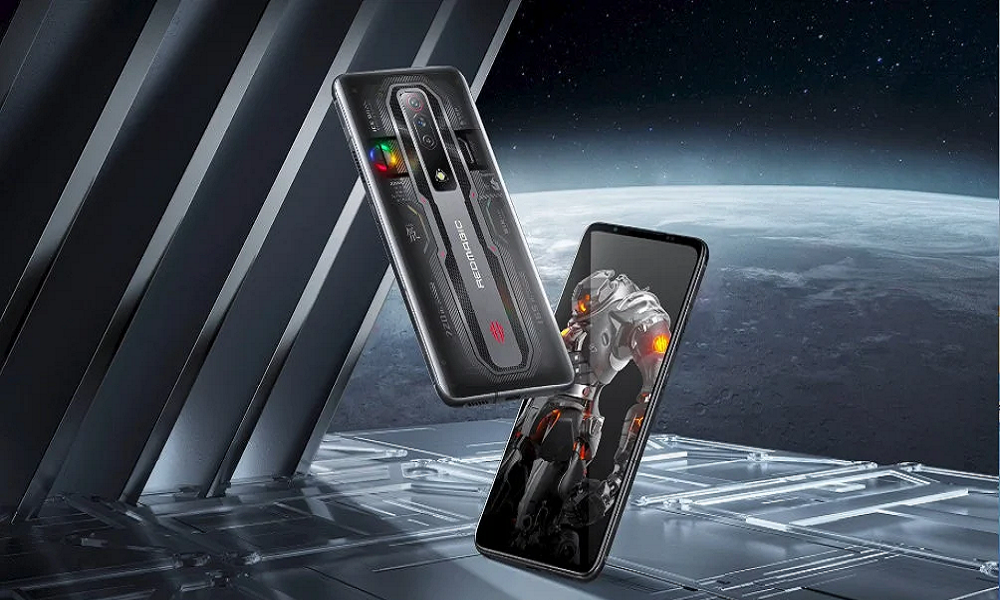 Red Magic has recently revealed its two gaming flagships , the RedMagic 7S and 7S Pro, and both phones carry some serious hardware. The freshly released gaming handsets feature fantastic spec sheets chock-full of high-end technology. The range comprises a Snapdragon 8+ Gen 1 Soc, a 6.8-inch FHD+ AMOLED display with a refresh rate of up to 165Hz, a built-in fan with LED lights, an under-display camera, and much more. Let’s learn more about the two enormous smartphones.

The designs of the Red Magic 7S and 7S Pro are similar to previous generation devices. Red Magic’s smartphone designs are constant, and it does not aim to outdo “certain” companies. Both devices feature styles that are comparable to the Red Magic 7 and 7 Pro smartphones that were released earlier this year. Both phones, however, include an under-display front camera and a stylish front panel.

With a minor changes, the cellphones’ backs retain their trademark semi-transparent appearance. The Red Magic 7S camera module is strip-like, with cameras oriented linearly. The Pro model, on the other hand, features a rectangular camera island with cameras organised in a squircle pattern. The fan-favorite cooling fan with RGB lights is located next to the camera module.

On the right side of the smartphones, there are two pressure-sensitive gaming triggers, as well as the volume rocker and power button. On the left is a red switch that activates liquid cooling.

The Red Magic 7S comes with a 6.8-inch AMOLED Full HD+ display that supports LTM and DC dimming. It offers a 165hz refresh rate, which is greater than the Pro model. The device is equipped with the newest Qualcomm Snapdragon 8+ Gen 1 CPU, as well as up to 16GB RAM and 512GB storage. The business has built the smartphone with ICE 9.0 liquid-cooling technology to keep the phone cool during strenuous gaming. Furthermore, the gadget has an integrated fan that can circulate air at speeds of up to 20,000RPM.

It’s not a camera phone, but it offers some great camera specifications. The gadget has a triple back camera arrangement that includes a 64MP main camera, an 8MP wide-angle lens, and a 2MP macro lens, as well as an LED flash. The device has an 8MP under-display camera sensor for selfies and video calls on the front. The gaming phone is powered by a 4,500mAh battery that supports 120W fast charging. In terms of software, the Red Magic 7S runs Red Magic 5.0, which is based on Android 12.

The Red Magic 7S Pro is the higher-end variant, with comparable features to the Standard model. The smartphone has the same 6.8-inch AMOLED display, but with a refresh rate of 120Hz. Red Magic x Qualcomm LTM dimming technology is included into the smartphone.

The Snapdragon 8+ Gen 1 is likewise used in the 7S Pro, but it also contains the company’s own Red Core 1, which is a specialised gaming chipset for improving device performance. The smartphone has a cutting-edge Ice 10.0 cooling mechanism.

The Red Magic 7 Pro features the same back camera sensors as the ordinary edition, but it includes an enhanced 16-megapixel front camera. The Nubia Red Magic 7S Pro is powered by a larger 5,000mAh battery and enables 135W rapid charging. It comes bundled with a 165W gallium nitride charging head. The smartphone is powered by Red Magic 5.0, which is based on Android 12.

The Red Magic 7S Pro is also available in a transformer edition variant. The special edition model will be inspired by transformers. It will mirror Bumblebee’s famous look. Furthermore, the gadget will be packaged in a hexagonal-shaped retail box with a Bumblebee-inspired external cooler, a protective cover, and a few additional accessories.