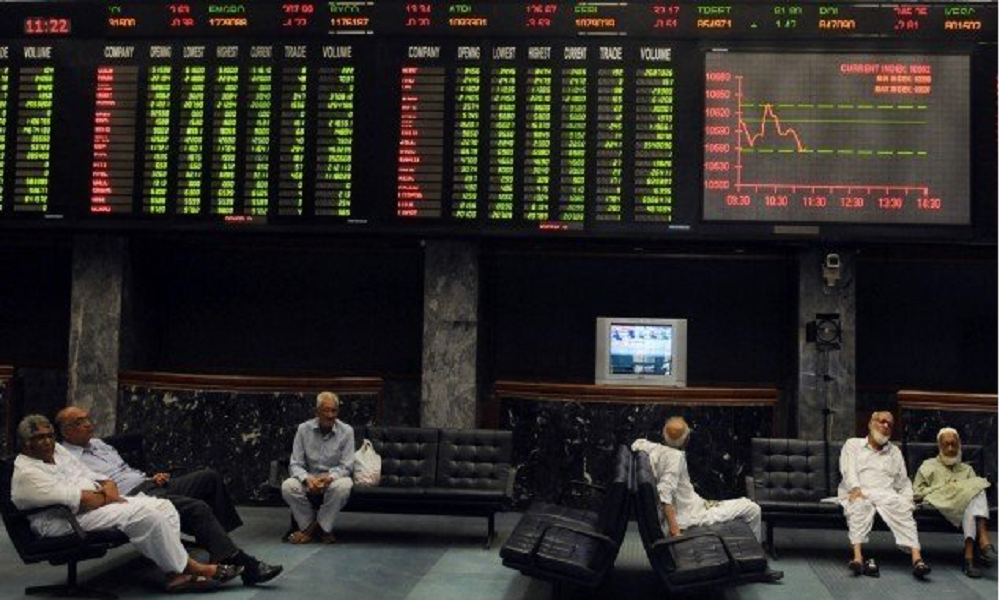 KARACHI: The benchmark KSE-100 index crept up roughly 50 points as the Pakistan Stock Exchange (PSX) finished the second session of the rollover week on a flat note.

As several industries faced selling pressure, the index swung back and forth between the red and green zones. Investors’ worries about escalating political tensions stopped the market from moving upward.

Investors made the decision to liquidate their holdings on the second day of the week and wait for the market to move in the future.

Investors continued to express alarm about the rupee’s ongoing decline against the US dollar as the local currency fell to an all-time low of 232.93.

Earlier, trade got off to a good start, but sadly, things swung around and the market failed to maintain the momentum, staying generally volatile. After lunch, bulls and bears fought for control of the market.
The benchmark KSE-100 index increased by 50.03 points or 0.13 percent to settle at 39,894.05 points.

The brokerage company said that “the PSX began in the negative zone as rupee continued to drop versus the US dollar” and that “major board volumes continued to stay dry but respectable volumes were noted in the third-tier companies.”

During the session, shares of 302 businesses were exchanged. 148 stocks ended the day’s trading in the black, 130 in the red, and 24 were unchanged.

Compared to Monday’s total of 75.43 million shares, total trading volume increased to 131.86 million shares. Shares were exchanged for a total of Rs4.20 billion throughout the day.