There will be a 16MP front-facing camera and a triple camera configuration on the back with 50MP, 8MP, and 2MP units.

Since last month, we’ve been hearing about the Realme GT Neo 5, which Realme just announced would be the first phone to offer 240W wired charging. While Realme has yet to reveal the GT Neo 5’s specifications, what seems to be the GT Neo 5 has been posted on the website of the Chinese certifying body.

We’re looking at two models, one with the model code RMX3706 and one with the model code RMX3708. The only difference between the two is the size of the battery. The former has a battery capacity of 2,425 mAh, while the latter has a capacity of 2,225 mAh. That implies the RMX3706 and RMX3708’s normal battery capacities will be 4,850 mAh and 4,450 mAh, respectively. This is assumed that the cellphones have dual-cell batteries. 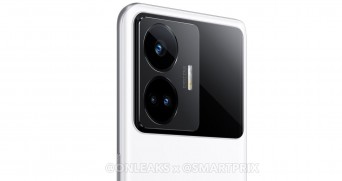 Next month, the Realme GT Neo 5 will be introduced. Realme has not yet announced a release date, but we expect it will be unveiled to worldwide markets during the Mobile World Congress (MWC) in Barcelona, Spain

Whatsapp to let you set voice notes as a status